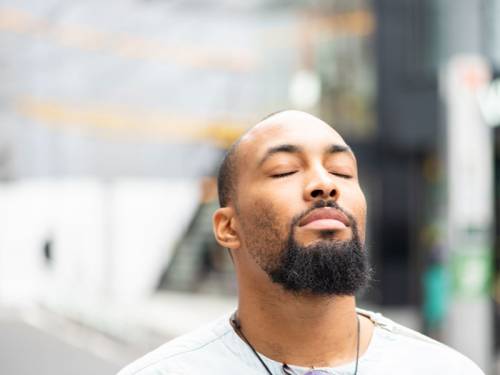 Six months had passed since our elders transitioned to more prayerful session meetings. I was checking in with Vic, one of our crustier members who had resisted the change. “So, how are you dealing with the new meeting style?” I asked.

“I don’t like it. I don’t like this ‘listening for God stuff,” he said. I asked if he wanted to revert to the old way. He replied “no,” but admitted that it was just “really hard to ask what God wants.”

Vic captured the dilemma of most sessions or committees that adapt a more prayerful meeting process. As Presbyterians, we’ve conformed so thoroughly to decision making by motions, debates and votes of “All in favor say ‘yes’” that it feels like we’re violating the natural order by intentionally listening for what God wants, and then voting, “All who sense this may be God’s will, say ‘yes.’”

I first became aware of how necessary intentional group discernment was as an associate pastor. While sitting in a session meeting, a vivid image popped into my head as I realized what we were really saying to God was: “Glad you’re here, God. Please sit while we read to you this psalm and then pray. Afterward, if you don’t mind, feel free to wander around our lovely sanctuary until we call you back to bless what we’ve decided.”

How could we get better at including God? I had already been reflecting on how to create a more prayerful, discerning way of meeting while working on my doctorate in formative spirituality. So, shortly after becoming pastor of Calvin Presbyterian Church in Zelienople, Pennsylvania — where I served from 1996 to 2017 — I led a task force to intentionally invite God back into our meetings. The seemingly “radical” changes made were transformative. They included:

Extended prayer and study time — For Calvin Presbyterian, this meant 45 minutes spent praying and studying at the start of the meeting.

Discarding busy work — The reading of reports and other busy work that fatigued people during meetings was done away with, giving elders time for prayer, which led to renewed energy.

Silent prayer before voting — Silent prayer prior to voting was encouraged to allow elders to let go of their own thoughts and make room for God’s ways.

A search for unity — When voting, we sought unity. When there was disagreement, we postponed for more prayer, believing God may be leading us to other options.

We also began prioritizing spiritual qualities over skill sets when seeking new leaders. Over time, this helped prayerful discernment become the ethos for the whole church.

There are always arguments against creating prayerful meetings, with the most popular one being that it makes meetings longer. That’s not the case because we let go of time-consuming requirements such as reading reports and minutes. We expected elders to read these ahead of time. Also, this more prayerful, discerning style tended to push elders to a higher standard, so they argued less, collaborated more and made decisions more quickly.

We never truly know what God wants, but my experience is that churches that intentionally invite God into their meetings end up with a subtle but profound spiritual revival.

O God, we are bound to each other, as much in the needs we express as in the work we do. We are your people in vulnerability and in strength; in receiving as well as in giving. Help us to bring our whole selves to all that we do in service to you, and also to the community we share. Amen.