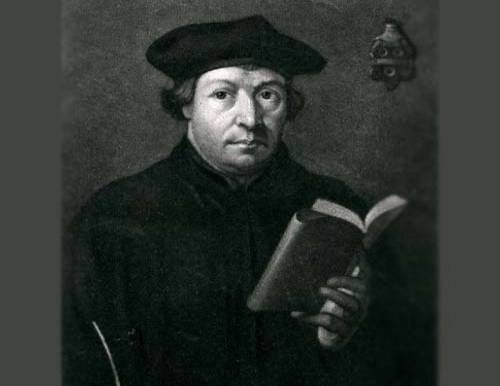 Up until 1521, it had been relatively safe to show an interest in the writings and teachings of Martin Luther (1483–1546). When Luther refused to recant his writings in opposition to various doctrines and practices of the Roman Catholic Church, the Edict of Worms was signed by Charles V, the Holy Roman Emperor, on May 25, 1521, officially declaring Luther a heretic and an outlaw.

The decree “forbid anyone from this time forward to dare, either by words or by deeds, to receive, defend, sustain, or favor the said Martin Luther.” The Edict declared Luther to be an obstinate heretic and banned the reading or possession of his writings. It further called for his capture.

Luther escaped to safety at the Wartburg Castle under the protection of Frederick the Wise, Elector of Saxony, where he proceeded to translate the New Testament into German. Luther had become a prolific writer, fully embracing the new technology of the printing press to widely disseminate his teachings. Attempts to carry out the Edict were largely unsuccessful and the movement for Reform swept across much of Northern Europe, forever changing the face of Christianity. We owe a debt of gratitude to all who have fought for their convictions and beliefs at any cost as we continue the work of building the Kingdom of God.

For more on the Reformation, visit history.pcusa.org/rs.

God of grace, support us in the work of reform you call us to. Enhance our abilities to listen and care for each other. Strengthen our commitment to re-form our human world in the way of your son Jesus Christ. Amen.