‘If anyone can do it, you can’ 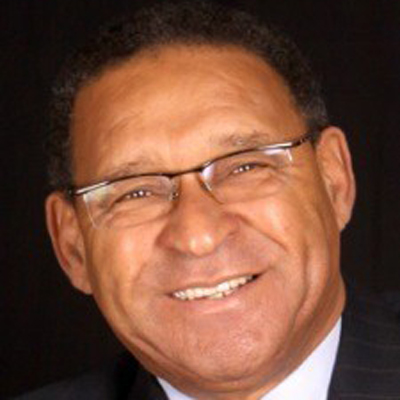 The Rev. Dr. Allan Boesak, who co-wrote the Confession of Belhar, led what’s now called the World Communion of Reformed Churches and has lived a hope-filled 75 years despite facing down apartheid and other lesser challenges, asked the McCormick Theological Seminary Class of 2021 a pointed question during his address celebrating McCormick’s 187th commencement service: What does it mean to be the church on the inside of an empire in decay?

“The American empire is more and more acknowledged as a dying empire,” Boesak told graduates celebrating online the completion of their studies — Certificate in Black Church Studies, Master of Theological Studies, Master of Arts in Ministry, Master of Divinity and Doctor of Ministry. “We do well not to forget we live in an age of empire” and that empires “demand absolute submission.”

Coronavirus has wreaked devastation “not seen in our lifetimes,” but for 500 years, people in the global South and Native Americans “have endured plagues of other pandemics,” including invasion, colonial oppression, the theft of resources and the “almost complete annihilation of our culture and history,” Boesak said. Captured Africans endured the “unspeakable horrors” of the Middle Passage and the “social death of racial inferiorization.”

“Coronavirus has destroyed the myth it is the great equalizer,” Boesak said. “It has exposed inequalities and the incessant comprehensive war against the poor.”

A sign of hope for the pastor and theologian, who’s professor of Black Liberation Theology and Ethics at the University of Pretoria in South Africa, is what he called “the global Black Lives Matter” that’s spread all over the world. It’s an indication of what the Rev. Dr. Martin Luther King Jr. once called “an inescapable network of mutuality,” Boesak told graduates.

“It’s not whether there’s a revolution going on,” Boesak said, “but what side we’re on.”

Boesak said he was “overjoyed” by last year’s announcement that the seminary would partner with the Samuel DeWitt Proctor Conference to form the Center for Reparative Justice, Transformation and Remediation to, as McCormick President David Crawford said, “engage the national and global conversations on reparations and justice and ensure a sustained and sustainable institutional commitment to addressing these issues.”

“You have no idea,” Boesak said, “how powerful, transformational and revolutionary this will prove to be for you at McCormick, America and the world.”

But reconciliation won’t be possible without taking a number of actions, he said, including acknowledging alienation in the past, confronting evil both in the past and present and expressing remorse and repentance. It’s also not possible, he said, unless it occurs “amongst equals.”

“That is what equity means, and that’s what the Center is all about,” Boesak said, suggesting a fourth mission — redemption — for the Center’s name.

“Your work is the work of redemption, redeeming America after 500 years” of sins that have included invasion, enslavement, discrimination, exclusion and thousands of lynchings.

He suggested rereading the Exodus 3 account of Moses and the Burning Bush not as a “magical” acknowledgement of the presence of God, but “as a fire burning for justice in the heart of God, a fire of outrage made visible for Moses to see and understand. It is God’s burning desire for restoration, God’s flaming anger against the arrogance of the oppressive power.”

“The heat Moses is feeling,” Boesak said, “is the heat of God’s love for God’s people. The bush isn’t consumed because God’s love for justice and reconciliation will never burn out.”

Faculty members and McCormick took turns wishing the graduates continued success along their journey. The last well-wisher was the Rev. Dr. Anna Case-Winters, a Professor of Theology who joined the McCormick faculty in 1986.

“Now you just go out and change the world,” she told the graduates. “If anyone can do it, you can.”

Holy and loving God, we are grateful that you are creating a future of hope in our world. Thank you for working in our hearts and lives, imperfect though we are, to do transforming ministry. Give us courage to live from trust in your goodness and provision. Thanks be to God! Amen.