The end of theological education? 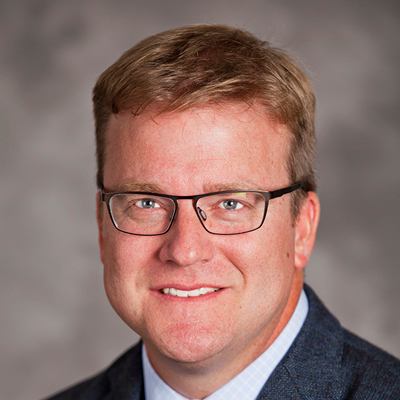 To Presbyterians and others concerned about the future of theological education, the Rev. Dr. Ted A. Smith had these words of comfort: We’ve been here before.

Smith, professor of Preaching and Ethics at Emory University’s Candler School of Theology, delivered the first two of four Sprunt Lectures for Union Presbyterian Seminary recently. He called his series “No Longer Shall They Teach One Another: The End of Theological Education.” Watch Smith’s opening lecture here and his second lecture here.

Seminaries continue “in vibrant mission,” Smith said, but “it’s fair to say something is ending.” Some have cut faculty or sold a chunk of their campus as part of their strategic plan to continue training the next pastors.

But “theological education is not coming to an end. It will continue,” Smith said, “not because we get it right, but because God longs to be known.”

During his first lecture, Smith traced theological education back from European settlement in the early 17th century over the next 200 years or so.

In those early days of theological education, churches were established by law and supported by taxes. Laws enshrined church values, like keeping the Sabbath. Ministry was seen as an office, like a squire or even a governor, Smith said.

That all began to unravel as people took to the frontier, which was too large to supervise. A new social order emerged in the early 19th century, “with many of the same injustices,” Smith noted. “We are in an analogous time now, and we’ve been here before.”

Alexis de Tocqueville labeled the new social order he observed beginning in 1831 the “Age of Association.” De Tocqueville, a visiting French aristocrat, was “blown away by the associations he found in North America,” Smith said, including seminaries and the organization it took to deploy missionaries all over the world.

For those convinced that the United States was founded as a Christian nation, Smith presented figures that indicate otherwise: in 1776, about 17% of non-enslaved people were affiliated with a church. “This is a shockingly low number,” he said, a number that would double by 1850, fall off during the Civil War, and then continue to build throughout the next century before declining.

Among the key institutional shifts during this time:

UPS President the Rev. Dr. Brian Blount, who called himself the seminary’s “chief anxiety officer,” thanked Smith following the first lecture. “I go around preaching and recognizing we are getting older,” Blount said. “As we get older, we become more unsettled about what the future holds. This is a wonderful message for our churches to see in the broader theological context.”

The greatest decline in church affiliation, Smith observed, is among the poorest people. “As a Christian this is deeply disturbing to me,” Smith said. “What does it mean to have ceased to be a church that fails to connect with poor people?”

At the same time, for the Presbyterian Church (U.S.A.), almost one-third of members belong to the largest 4% of congregations. That trend, he said, could mean there will be fewer and fewer clergy positions.

“You get a winner-take-all system with massive inequalities,” Smith said, acknowledging the privilege of his own position as a seminary professor who’s not an adjunct instructor.

But Smith offered good prospects in his following two lectures, “Renunciations” and “Affordances.” “Instead of a narrative of decline, it’s a recognition that we are between the times,” Smith said, adding we are also “between the Resurrection and the Feast of the Lamb. Therein is our hope. Thanks be to God!”

Faithful God, we thank you and praise you for your wondrous work. We are grateful for your dedicated and faithful teachers. We ask for continued blessing on them. In the name of Jesus, the Great Teacher. Amen.