Pushing racism away from Europe 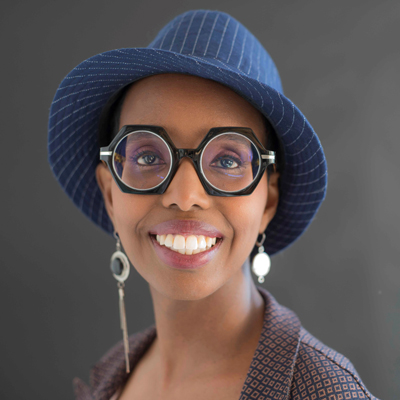 “I’m a Black Italian, a Black European, a woman who was born in Rome with Somalian roots,” said writer Igiaba Scego. She spoke out about herself after the death of George Floyd, an unarmed Black man who died in police custody in Minnesota after being pinned to the ground, and whose last words were, “I can’t breathe.”

“Every time I think about my education, I think of the Afro Americans. Without them, I probably would not have survived,” Scego said. Her words reveal the deep relationship between Europe and the U.S., especially in the fight against racism.

In his last published book, Paolo Naso, a Waldensian layperson, professor of political science and coordinator of Mediterranean Hope — the migrants and refugees’ program of the Federation of Protestant Churches in Italy — remembers exactly where he was when the Rev. Dr. Martin Luther King Jr. was assassinated in 1968.

“I was at home, and my father, a Protestant reverend, was glued to the television when the murder of Reverend King was announced,” Naso said. “My father desperately said, ‘Now it’s over!’”

Understanding racism — in order to fight it — has always been a mutual task on both sides of the pond.

We are observing a new Italy, where the so-called “second” generation since Dr. King’s assassination are now adults. In this context it is, perhaps, even more intolerable for many to live through racism again. Enough!

“We have a problem with the antiracism collective response in Italy,” said Fiorella, a member of the Federation of Protestant Youth in Italy, whose family is of African descent. “We must focus on education, and we have to improve the visibility of the pluralism we, fruitfully, are living in. People have to see that pluralism.”

Anita Nipah, an Italian Methodist with a Ghanaian background, said, “I would not define Italy as a racist country, but a country that has not stood up clearly and firmly against every kind of racism.” She added, “The lack of celebration of the plurality has not helped the inclusion and the integration; it has brought to consider Black bodies as aliens from the Italian society. They watch over me when I step in a shop, and in my daily [life], I still have to justify my ‘Italianity,’” said Nipah, who has served the Protestant churches in Italy as a member of the National Council of the Youth Federation.

Confronti Magazine and Study Center in Rome, a partner of Presbyterian World Mission, has launched an English-language version of its magazine, ConfrontiWorld. Confronti in Italian means “dialogue,” and ConfrontiWorld is “the world through the dialogue.” It focuses on interfaith dialogue and religious solidarity to give voice to European believers of all backgrounds.

Consider making an online gift to support the work of World Mission in Europe.

Creating God, help us recognize your image in one another. Inspire us to join your transforming ministry that protects the weak, challenges the strong, frees the prisoner, proclaims peace and heals the broken. We pray in Jesus’ name. Amen.