Dr. Grace Y. Kao, a Christian ethicist, says teaching undergraduates for the first time in years has been life-giving 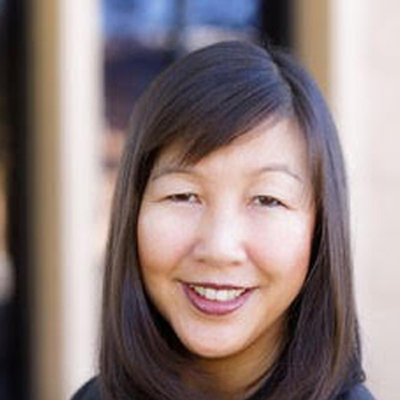 The Rev. Dr. Lee Hinson-Hasty of the Presbyterian Church (U.S.A.)’s Committee on Theological Education, host of the podcast “Leading Theologically,” likes to start off the Facebook Live events by asking his guest, “What is making you come alive?”

Dr. Grace Y. Kao (pronounced “Gow”), professor of Christian Ethics at the Claremont School of Theology in Claremont, California, told Hinson-Hasty during a recent podcast it’s “this next generation” of students.

“I’m teaching undergraduates for the first time in a decade,” Kao said. “It’s their commitment to social justice. They’re trying to be antiracist and they’re taking steps to be more environmentally sustainable. They correct themselves when they become aware of things they need to change. What’s making me come alive is them, frankly.”

What’s giving those students that drive, that hope, asked Hinson-Hasty, senior director for Theological Education Funds Development for COTE and the Presbyterian Foundation.

It’s “a confluence of factors,” Kao responded. The Black Lives Matter movement is part of it, Kao said, but “while we were all stuck at home,” students asked, “What about the environment? Why are young people changing their eating and consumer habits and pressing the business sector and the public sector to clean up their acts? I think the fact that ordinary folks can have a platform” by doing something akin to what Kao and Hinson-Hasty were doing at the time, using social media to exchange ideas, “has something to do with it. I think the dissemination of power has something to do with it. I don’t know all the reasons people are coming alive and taking charge, but I’m appreciating it.”

When Kao sees gifts in her students, particularly the potential to teach in higher education, “I want to encourage them. You can only pay things forward — you can never pay [her own mentors] back. So, I try to nurture the next generation of talent when I find it.”

Kao said she’s working on two projects in addition to her teaching. One’s a monograph that develops a theology of reparations for Asian Americans, aggrieved by actions including the Chinese Exclusion Act of 1882 and the incarceration of Japanese Americans during World War II. In Hawaii, she noted, generations of Asian Americans have apologized to Native Hawaiians, and the U.S. government has apologized to the former kingdom of Hawaii. Such acts, Kao said, have economic repercussions and can result in the redistribution of land.

“Asian Americans are in a unique position,” Kao said. “They’ve been on both sides.”

Kao is also completing a manuscript on surrogacy, drawing from a Christian ethical perspective. She herself was a surrogate for a friend, and, she said, “people would ask me questions.”

Two years ago, Kao gave a paper on the topic to the Society of Christian Ethics, wondering if she’d get “tarred and feathered. The treatment of embryos is a sensitive issue, but it was well-received.”

On the rise in consciousness regarding recent anti-Asian American and Pacific Islander acts of violence, Kao said campuses across the country are undertaking significant Diversity, Equity and Inclusion (DEI) efforts, “and for very appropriate reasons, they are focused on anti-Black racism.” What’s next, Kao said, is “talking about cross-racial solidarity.”

In the aftermath of 9/11, religion scholars were often asked, “What does the Koran really say about” whatever topic interested the questioner, Kao recalled. “As a religion scholar, you want to move beyond that first question to talk about how we build a racially just society.” Now that the national consciousness is being raised, “what is next is getting into the messiness, the nuances.”

Asked by Hinson-Hasty to deliver a blessing or charge following the 30-minute interview, Kao turned to “my shero,” the Presbyterian activist Yuri Kochiyama, who made the 1993 documentary “Passion for Justice.” Had she lived (Kochiyama died in 2014), Kochiyama, who was interned for two years during World War II, would have celebrated her 100th birthday on Wednesday. Kao paraphrased Kochiyama’s message: “Remember that consciousness is power. Consciousness is education and knowledge. Consciousness is becoming aware. Consciousness-raising is pertinent for power. Be sure that power will not be abusively used, but be used for building trust and goodwill, domestically and internationally. Tomorrow’s world is yours to build.”

King of the universe, you see the faithful deeds of your servants. Bless the work of their hands. We trust in you, Lord of hosts, friend of the lowly. We bless your mighty name! Amen.