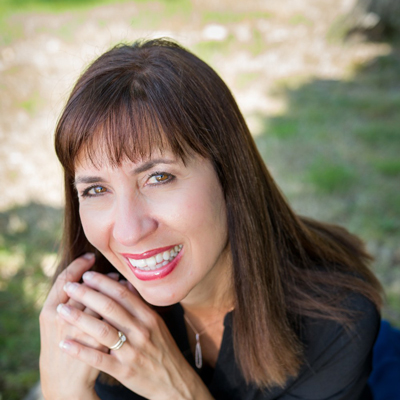 The founding pastor of  Brambleton Presbyterian Church, the Rev. Elizabeth Brookens-Sturman, remembers what it was like to establish a new Christian church presence in the area just beyond the Capital Beltway. That’s why she isn’t taking lightly Brambleton’s honor of being named the “best of” churches in Ashburn, Virginia, announced in a recent issue of a local magazine.

Thirty miles west-northwest of Washington, D.C., and part of the Washington Metropolitan area, Brambleton Presbyterian Church began as a new church plant in 2005. The plan was that the church would be fully independent, including leadership and finances, within five years. Then came the financial crisis of 2007–08, which set the church back a bit.

“It’s hard to establish a Christian presence in the nation’s capital right now,” she said. “It didn’t happen overnight. But we took the time and had a plan in place to establish leadership within the community.”

For Brookens-Sturman, being named “best of” by the readers of Ashburn Magazine  means that Brambleton Presbyterian Church is trusted and seen as credible. Calling 2020 a “tipping point year,” the church’s leadership was out in the community more than ever, helping people live through the pandemic.

“These are crazy times,” Brookens-Sturman said. “People need help on what was being talked about in the public faith arena. Many wanted to know if there was a Christian faith practice that would make a difference.”

With mental health issues escalating throughout the area, Brookens-Sturman felt the church needed to be a presence in the community it served to help people heal and come together in God’s grace.  One way she helped do this was by creating opportunities for people of diverse faith backgrounds, including Muslims, Jews, Hindus, Buddhists and Christians, to serve together.

“What we have in common is that we pray,” she said. “We need God to help us. Our faith traditions demand that we respond charitably to one another.”

So, they serve and pray together, publicly.

Brookens-Sturman stressed that being named “best of” doesn’t mean Brambleton Presbyterian Church is better than the other churches around it. But it is, she said, “a kind of embrace” to her and to those she is anchored to.

“There was a lot of work involved, mine and our leadership team,” she said. “But the Presbytery [National Capital], the denomination [PC(USA)], Vienna Presbyterian Church and Riverside Presbyterian Church [partner congregations] all had a long-term commitment to spring a church. That gives me a lot of hope.”

Now these entities are beginning the process of starting a new worshiping community on the other side of the Beltway in Clarksburg, Maryland. Only this time Brambleton Presbyterian Church is acting as the partner congregation. The organizing pastor, the Rev. Carrie Yearick, is filling in for Brookens-Sturman, who is on a three-month sabbatical.

“We’ve never been about a building, but about being a presence that is focused on one person, God’s grace revealed in Christ,” Brookens-Sturman said. “And then being Spirit-inspired healing forces” by “bringing people together around what we have in common.”

O Lord, your church spreads across the world to bring the good news to all who would receive it. Be with church leaders and congregation members as they seek to do your will on good days and on difficult days. Amen.