The preacher as doubter 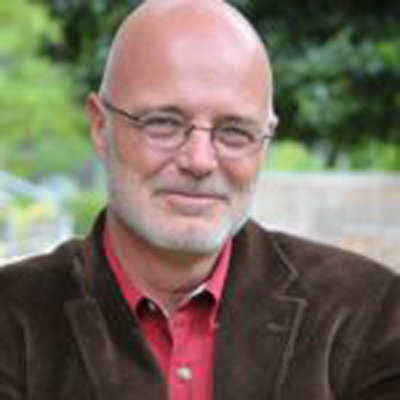 Preachers, Brian McLaren told more than 1,400 people viewing the Festival of Homiletics online recently, must also be doubters. If they need role models, the author, speaker, activist and public theologian said, preachers have to look no further than Jesus and Paul.

Five times during the Sermon on the Mount, Jesus uses the “you have heard that it was said … but I say to you …” approach that McLaren said was not cynical. Jesus is saying the first part of each phrase had filled its function, “and it’s time to move forward now.”

For Paul, “the only thing that matters is faith expressing itself in love,” McLaren said during a talk he titled “When the Preacher is the Doubter.”

McLaren asked viewers to think of the things that virtually all Christians used to believe, but now few do. Among them: the Earth-centered universe, an impassible God who experiences neither pain nor pleasure, the efficacy of saints’ relics and indulgences.

Consider as well the beliefs “that are now under serious negotiation,” McLaren said.

“It’s not doubt that harms your faith,” said McLaren, a former pastor and English professor. “It is the dishonesty about your doubts.”

So often, he said, students begin their seminary studies with a “simple, innocent, naïve faith, and it’s soon torn to shreds. Most learn to incorporate [what they learn] into their faith, and their faith grows.” Then they go off to serve congregations “where people don’t want to hear about what they learned in seminary.” Many clergy start suppressing their questions and doubts.

Simplicity is faith before doubt. Authority figures serve as answer men. One has faith in an authoritative tradition.

Complexity is marked with pragmatism. Authorities are coaches who teach us how to think for ourselves. Faith is about managing and fixing doubt. Faith is an imperfect but salvageable tradition.

Perplexity is about relativism. Authority figures are seen as iconoclasts. “From this view, it doesn’t seem like the whole story,” he said. People at this stage of faith doubt corrupt, failed or dangerous traditions.

Harmony includes integration and non-dualism. Authority figures are mystics, visionaries and saints. People in the harmony stage are often young people, McLaren said, and faith and doubt are held in creative tension.

Think about faith like the rings in a tree, he said. “Doubt happens at the end of a stage when it stops working,” McLaren said. “Doubt is the portal that drives us out of an old stage and into a new season of growth.”

Preach to all four congregations, he said, all the stages, and challenge congregants to move on to the next stage.

For those in simplicity, offer them clarity and confidence, but emphasize humility. Encourage learning and model growth, not perfection. Preachers can explain “how our own doubts helped us grow,” McLaren said.

For those in complexity, offer options and emphasize curiosity. Model unknowing and not “know-it-allness,” he advised.

For those in perplexity, offer them meaning in stories and emphasize honesty. Encourage the model of reverence “in the face of mystery.”

For those in harmony, “we offer the contemplative practices of silence and the arts,” McLaren said. “We emphasize beauty and encourage testimony and we model authenticity.” For people in the stage of faith, emphasize what needs to continue and de-emphasize what doesn’t, he said.

He encouraged his listeners to “be a good pastor to yourself. You are a human being. You are growing and developing, and you have your unique journey through life’s stages. You need friends who accept you and understand you where you are.”

Doubt is “not just about you,” McLaren said. “There are dark, dangerous and deadly elements of the Christian religion that demagogues and authoritarians have learned to manipulate.” It’s time to call it what it is — false and immoral, he said.

“If we don’t, more and more people will throw [their faith] away, treasures and all,” McLaren said.

Gracious God, grant us the humility and strength to follow your call wherever it may lead, whether close to home or on distant shores. Amen.