‘No one comes to this table because they deserve to’ 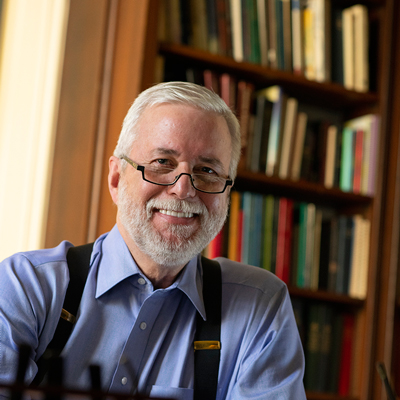 One night when the Rev. Dr. Craig Barnes was a boy, his father woke him up and introduced him to his new brother, Roger.

Barnes’ father was the pastor of a church in a poor community, and Roger came to services with his mother. The pastor had talked to the family and tried to help the mother and father with their addictions, to no avail.

One night, Roger couldn’t wake his parents up, and when the police arrived, they confirmed the mother and father had died of heroin overdoses. Rev. Barnes volunteered to take the boy home for the night, having no other family to go to.

“Somewhere on the drive from the projects, my father decided that he was going to adopt Roger,” Barnes recalled to nearly 1,000 people in the audience for the recent virtual Festival of Homiletics.

Barnes, president and professor of Pastoral Ministry at Princeton Theological Seminary, was lecturing on “Preaching with Bread and Wine,” and for him, his father’s willingness to bring Roger into their family was emblematic of the communion table.

It is a moment where the truth of their lives and the holy are blended.

At the height of the Vietnam War, Roger enlisted in the Army and was sent into combat.

One day, the family received a telegram that Roger had been killed in combat. Later they learned that Roger died in an act of heroism that saved other lives, and his mother asked, how did the frightened boy they brought into their family become a hero?

Gracious God, thank you for the mission and ministry of congregations. By your Spirit, guide all your people, that your love and grace may abound as we faithfully follow where you lead. In Christ’s name we pray. Amen.