But what exactly is this peace we say we seek? 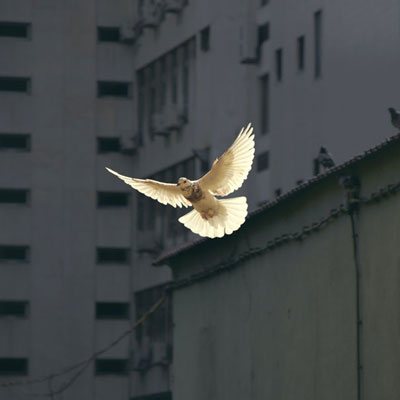 If you ask a Presbyterian to define “peace,” you’ll get lots of answers, and they’re mostly all correct. Peace is tranquility and calm and quiet and respect and all those things that we ask of our children, at least for a few blessed moments every now and then. Peace is well-being, wholeness, health, safety, security, civility and all those things we expect from our communities. Peace is diplomatic treaties, international accords, global conventions, mutual aid, disaster relief and all those things that create understanding among nations. Peace finds its expression in many ways, takes on a variety of forms and is evident in both the most intimate and expansive parts of life. And as people of faith, we believe peace — in all its expressions and forms — is a gift from God.

Peace is a dominant biblical theme, mentioned 400 times in the King James Version and 250 times in the New Revised Standard Version. In the Hebrew Scriptures, peace appears as the word shalom. In the New Testament Greek, the word for peace is eirene. Both words suggest positive relationships with God, well-being among humanity and harmony with the created order. Over and over again, Scripture provides clear images and visions of peace, urging believers to not just receive peace as a divine gift, but to pursue it as a way of life. In so doing, we become “peacemakers,” and are called “children of God.”

Over the past century, Presbyterians have been bearers of peace, often in response to pain, brokenness, conflict, oppression and injustice. When faced with national and global events, the Presbyterian Church (U.S.A.) and its predecessor denominations have determined that the church has needed to do more. In the Depression era of the 1930s, the United Presbyterian Church formed the Department of Social Education and Action. Following World War II, in 1945, Presbyterians were instrumental in writing the charter for the United Nations and establishing a continuing Presbyterian presence there. The next year, in 1946, Presbyterians opened a denominational office in Washington, D.C., ensuring that the voice of the church would be heard in the public square. In 1975, in the aftermath of another war and with the new reality of nuclear weaponry, the church determined that it would “reassess the concept of peacemaking,” leading in 1980 to the adoption of a report to the 192nd General Assembly titled “Peacemaking: The Believer’s Calling.” This would lead to the formation of a denomination-wide peacemaking program.

Over the subsequent 40 years, peace has been something that we’ve recognized as the work of the church at all levels. We’ve nurtured and equipped Presbyterians of all ages to engage in the practices of peacemaking, recognizing that our formation as peacemakers is an essential part of our lifelong faith formation. And yet, sometimes the peace we seek as Presbyterians is not easy. Sometimes it demands change, sacrifice and a disruption of the status quo. Peace can often be countercultural and might even call into question the church’s own culture, systems and structures. It can speak truth to power and take on the principalities of the world. And while Jesus may have been able to say “peace” and the storms would subside, the prophet Jeremiah reminds us that many times people say, “‘Peace, peace,’ when there is no peace.” Indeed, peace is not peace if it is achieved for some and not for all.

In recent months, the words “no justice, no peace” have been seen and heard in demonstrations across our country. From Portland to Kenosha, those words and their variation, “know justice, know peace,” have shown up on yard signs and in storefront windows. Peacemakers and justice seekers are again utilizing one of the nonviolent tools in the peacemaker’s toolbox: peaceful protest. The Rev. Dr. Martin Luther King Jr. in his sermon “When Peace Becomes Obnoxious” said that “Peace is not the absence of tension, but the presence of justice.” He described a peace that accepts injustice as “an obnoxious peace” and said he wanted no part of it.

For Presbyterians, peace is more than an idea or a declaration. It is the work we do, and it requires both compassion and justice. As peacemakers, we are both compassion-bearers and justice-seekers, meeting the needs of the world around us and righting the wrongs that, still today, impede justice for all.

Holy One, we seek to be fully alive within and without. Shape us according to your purpose, that we may reflect your glory. Bless us to be a blessing. All this we pray in the name of Jesus. Amen.