Longtime mission worker who taught at school she attended is remembered 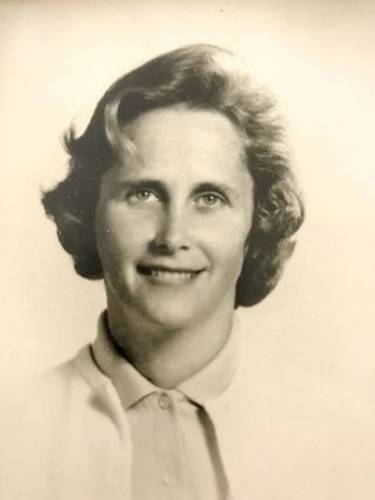 Doris Ellyn Anderson Reeves, a Presbyterian missionary who taught at the same elementary school in Cameroon that she had once attended, died Dec. 30 at age 89.

According to her obituary, during the 1930s she attended second through fourth grades at Hope School, a boarding school for missionary children near Ebolowa, the capital of Cameroon’s South Region. Nearly 20 years later, she learned that Hope School needed someone to teach students in grades four through eight. She returned to the United States after teaching there for a year to marry Wade Hampton “Hap” Reeves, whom she had met in Cameroon.

After further training, she and her husband and their daughter Katharine Alta arrived back in Cameroon in 1954 as commissioned missionaries of the Presbyterian Board of Foreign Missions. During four three-year terms of service, she taught English as a foreign language, was active with the women of the church, edited the publication “The Drum Call,” taught Sunday school and gave birth to four more children. Her command of the French, English and Bulu languages aided her in her mission service to the Presbyterian Church in Cameroon.

After a three-year stay in Columbus, Ohio, to allow Hap to earn a doctorate in agricultural education, the couple returned to Africa in 1972 for Hap’s work at the International Institute of Tropical Agriculture in Ibadan, Nigeria, where they lived and worked for an additional 12 years. During their final years there, she was president of the Ibadan Women’s Dining Club, a group of 25 Nigerian women and 25 expatriate women who met monthly for dinner.

Her career as a teacher spanned many years, during which she enriched the lives of students of many nationalities. A devout student of the Bible, she used her teaching skills to lead Bible studies and Sunday school classes.

The missionaries retired in 1984 and became members of Brevard-Davidson River Presbyterian Church in Brevard, North Carolina, where she served as both ruling elder and deacon and did other volunteer work. To be closer to family, the couple moved to Auburn, Alabama, in 2016.

She is survived by her husband of 66 years, four children, nine grandchildren and eight great-grandchildren.

Her memorial service was held in February at Brevard-Davidson River Presbyterian Church.

Gracious God, we give you thanks for the gift of life. May we welcome others as you have welcomed us, with loving hearts and embracing arms. Amen.