Rebuilding the church and families in Russia

The community gathers together for meals during the camp. (Photo courtesy of parish archives) 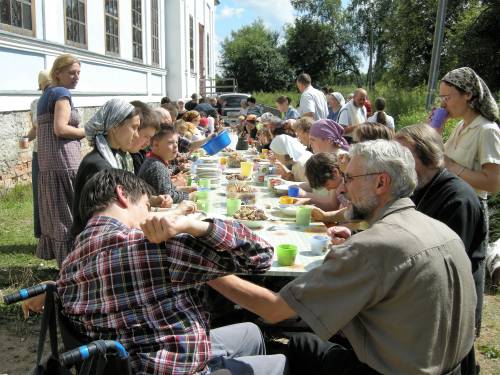 Image 1 of 4
Throughout the years, the families have been brought into church life as well. Too often in the city, they have not felt welcome in churches because of their special-needs children. In Davydovo, the whole community helps out in worship to redirect the children when their behavior is disruptive, allowing the mothers to worship and helping the children to worship.