The grant will cover the first three years of the program and will focus on pastors in three geographical areas: Central Nebraska, Omaha and the surrounding area in the Missouri River Valley Presbytery, and in the Missouri Union Presbytery.

Fifteen pastors from each of the three areas will receive mentoring from trained coaches as well as spiritual direction, including two annual weeklong retreats for formation and renewal. 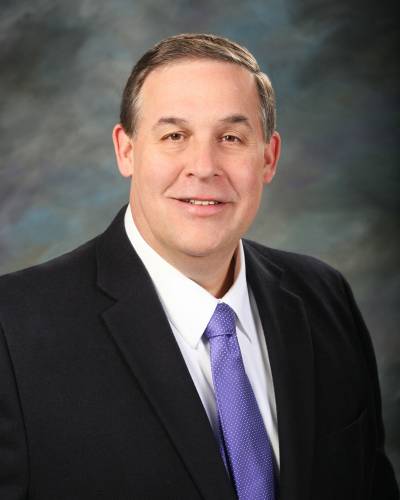 “We think this will restore both those who serve and their congregations,” says OPSF President Gary Eller, “and keep them in ministry, rather than dropping out. We’re losing good people.”

According to Eller, some of those giving up are serving churches in small towns and farming communities. Others are serving a number of diverse churches, including Native American, African American, Hispanic, Sudanese and Egyptian congregations.

The seminary foundation has a $9 million corpus and spends an average of $750,000 annually to provide scholarships for seminary students and continuing education events for pastors from the 13-state region the seminary serves.

This covers the Red River Valley in Colorado, Iowa, Kansas, Minnesota, Missouri, Montana, Nebraska, North and South Dakota, Oklahoma, Utah, Wisconsin and Wyoming — the primary service region of the old brick and mortar seminary, which operated from 1891 to 1943.

The first Pastoral Revitalization Leadership training event will take place at the Heartland Retreat Center near Kansas City, Missouri, March 25 to 28. Fifteen coach mentors will be working with an expected 45 pastoral leaders.

“We’ve had such a positive response to this,” Eller said. “People in our region are contacting us wanting to be part of the first cycle. We’re hoping that program gets renewed in three years so that we can go to three more areas in 2022.”

Because of the high demand, the seminary foundation is working on inviting pastoral leaders from the Southern Kansas Presbytery to the upcoming training.

They’re also planning a summer outreach program for the Western Nebraska area, which is in the Presbytery of Plains and Peaks in Greeley, Colorado.

Both the Southern Kansas Presbytery and the Presbytery of Plains and Peaks are currently without general presbyters.

“This grant will give some encouragement in places where they’ve had a lot of discouragement,” said Eller. “We hope to strengthen ministries in the Midwest and Rocky Mountains with the Pastoral Leadership Revitalization program.”

Gracious God, you continue to call your church into partnership for the gospel. Bless today the new things you are doing in our midst, and bless the congregations, fellowships, pastors and staff.