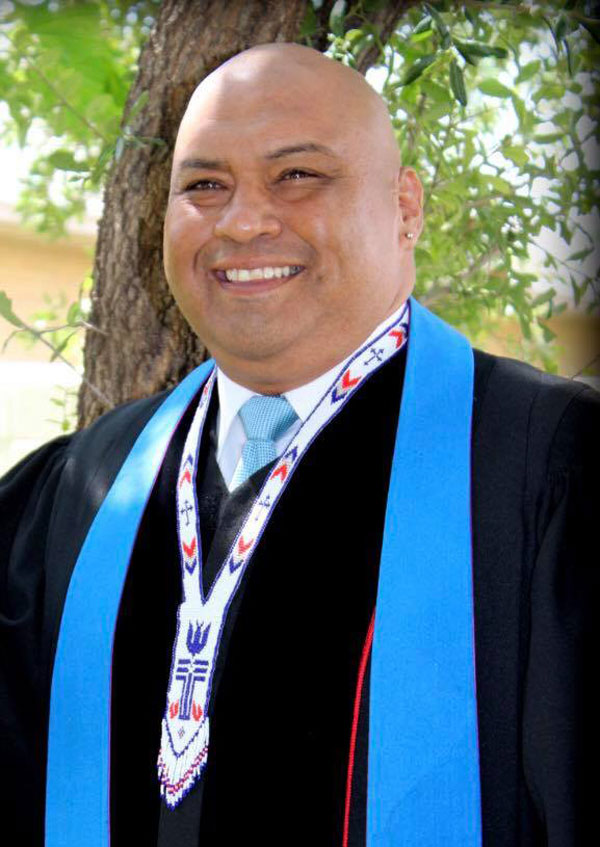 The Rev. Buddy Monahan, pastor of Westminster Presbyterian Church in Odessa, Texas, and corresponding member of the Presbyterian Mission Agency Board as chair of the Advocacy Committee for Racial Ethnic Concerns (ACREC), died March 27 in Odessa from injuries sustained in an automobile accident. He was 52.

“We have been standing around with colleagues here, in shock, telling stories about Buddy, laughing and crying,” said Courtney Hoekstra, associate for advocacy committee support in the Presbyterian Church (U.S.A.). “It’s hard to know how to move forward today. Such a loss for so many, and certainly for the church. It has become evident very quickly just how far Buddy’s gentle but clear wisdom, good humor and gracious leadership have stretched. This loss echoes far and wide, and it has certainly rattled us here.

“He led by example with a style of leadership that was non-anxious and assumed the best about everyone,” Hoekstra continued. “In our many conversations, he was often the important corrective to my over-anxious approach, and I’m grateful to have had his lead to follow. It can be easy to fall into negativity in this justice work we do, but Buddy was a constant reminder to me that passion for this work doesn’t preclude joy, nor does holding one another accountable for what is right preclude love. A quick glance at his many Facebook selfies with the many ACREC members during meetings is a simple testament to that contagious joy and love.”

Monahan was ordained as a minister of Word and sacrament in 1992 by the Eastern Oklahoma Presbytery. He previously served as chaplain of the Menaul School in New Mexico and was the current treasurer of the Native American Consulting Committee.

“I know how much he loved being in ministry at the local level as a pastor and across the church as a provider of God’s grace and generosity wherever he was with people,” said Elona Street-Stewart, synod executive with the Synod of Lakes and Prairies in Minnesota. “He was a tireless chaplain and champion of good news. We will mourn his loss all the way from Shinnecock waters, across Choctaw country, over frosty Alaskan roads down to the sandy Southwest.” 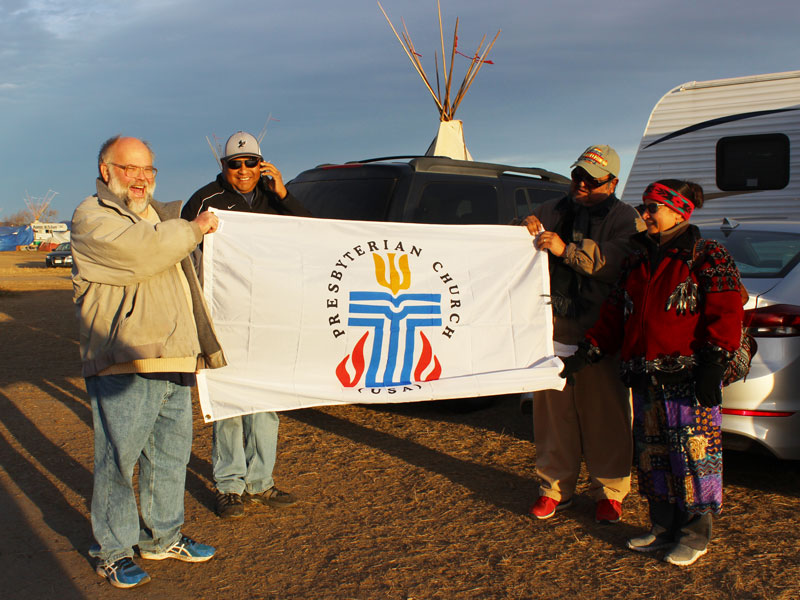 Standing in solidarity with activists at Standing Rock in November 2016 are, from left, the Revs. Mark Koenig, Buddy Monahan and Irv Porter and synod executive Elona Street-Stewart. File photo

Monahan was among the delegation of Presbyterian and other faith leaders and supporters who joined Native American activists in the effort to protect the sacred sites and waters of Standing Rock during the protest of the Dakota Access oil pipeline in 2016. Street-Stewart said that when clergy leaders of other denominations who met Monahan at that event learned of his passing, they called her to express their deep sense of loss. “Buddy’s passing is not only a great loss to the Presbyterian Church and particularly Native Americans in the Presbyterian Church,” she said, but it’s also a great loss for Native American communities across denominations.

“As you can imagine, the shock of Buddy’s sudden passing will be felt for some time to come among the 95 Native American congregations across this country,” said the Rev. Irv Porter, associate for Native American Congregational Support. “I know that Buddy’s ministry has touched almost every one of those churches at one time or another, especially where the youth are concerned. It was Buddy who was at the planning table when the first Native American Youth Conference was put together and implemented, as he put it, with barely 10 youth attending.

“In fact, the first time I met Buddy was at an elders and deacons gathering of Native Americans in Bellevue, Washington, back in 1994. I was 90 percent sure of God’s call to ministry at that time. When I sat in Buddy’s workshop on youth ministry, I knew I needed to talk to this pastor about being 100 percent sure of my calling. And on the flight home to Idaho after that meeting, I was ready for God’s calling in my life to serve. I told Buddy that story more than once and can never underestimate the assurance he gave me that this was the way God was calling me.”

Monahan is survived by his wife, Dyanna, and their three children.