Jesus, full of the Holy Spirit, left the Jordan and was led by the Spirit into the wilderness, where for forty days he was tempted by the devil. He ate nothing during those days, and at the end of them he was hungry. The devil said to him, “If you are the Son of God, tell this stone to become bread.” Jesus answered, “It is written: ‘Man shall not live on bread alone.’ ” The devil led him up to a high place and showed him in an instant all the kingdoms of the world. And he said to him, “I will give you all their authority and splendor; it has been given to me, and I can give it to anyone I want to. If you worship me, it will all be yours.” Jesus answered, “It is written: ‘Worship the Lord your God and serve him only.’ ” The devil led him to Jerusalem and had him stand on the highest point of the temple. “If you are the Son of God,” he said, “throw yourself down from here. For it is written: 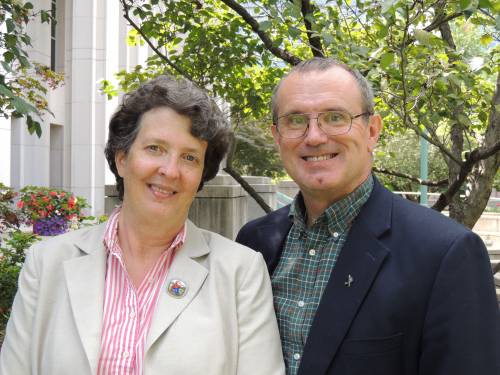 ‘He will command his angels concerning you to guard you carefully; they will lift you up in their hands, so that you will not strike your foot against a stone.’ ” Jesus answered, “It is said: ‘Do not put the Lord your God to the test.’ ” When the devil had finished all this tempting, he left him until an opportune time. — Luke 4:1–13, NIV

All of us face temptations in the course of our lives. It is an inevitable part of the human condition. We pray, “Lead us not into temptation,” but temptations are going to come in any event. Jesus was, as a fully authentic human being, also subject to temptation — in this case, at the hands of Satan himself. Unlike us, however, Jesus withstood temptation.

Temptations come in different forms. In our passage from Luke, the first temptation seems pretty mundane — bread for a ravenously hungry man. Of course, there is nothing intrinsically wrong or evil about food. Jesus taught us to pray for our daily bread and was concerned to see that the 5,000 people were fed when they came to hear him speak. There is not even an insidious quid pro quo for the bread; Satan is not asking that Jesus worship him in exchange for the bread.

So why, then, did Jesus refuse to do what he clearly had the power to do? Perhaps because of the danger that it would distract him from the more important issue of his Father’s will. Bread itself is not the problem: We need food in order to survive, and God is well aware of that. Food is not meant, however, to be an end in itself, but rather a means to an end — namely, our living in service to God and our neighbors. Food becomes a stumbling block when we allow it to become more than God intended it to be.

The temptation of food, or more generally, material wealth, is relative. For those of us accustomed to the plenty of life in the industrialized world, a loaf of bread is not much of a temptation, but we are easily tempted by the latest bit of consumer electronics or the flashy new car. Seen from a different perspective, imagine the perceived loss when a prosperous person is faced with the threat of losing some of that prosperity, even though the new state of affairs might look like the promised land to someone whose daily life is a struggle for survival. We are more often than not at least as concerned with our position relative to our neighbors than with any absolute standard of well-being.

For the Roma Christians I work with in Russia, having food on the table every day is not a given, nor is a working automobile or indoor plumbing. Help from Western partners to buy livestock that can be raised and sold for a profit, or a car that is not constantly broken down, enables our brothers and sisters in Christ to devote more of themselves to doing God’s work in the communities where they live, and less to the question of mere survival. It has been humbling to see how much they do for God’s kingdom with the little that they have and the intensity of their devotion.

Creator God, we are grateful for the blessings that you have bestowed on us. May your Spirit descend on us, that we might serve as blessings to others. In Christ’s name we pray. Amen.