An eye-opening pilgrimage to serve and explore my Kenyan roots 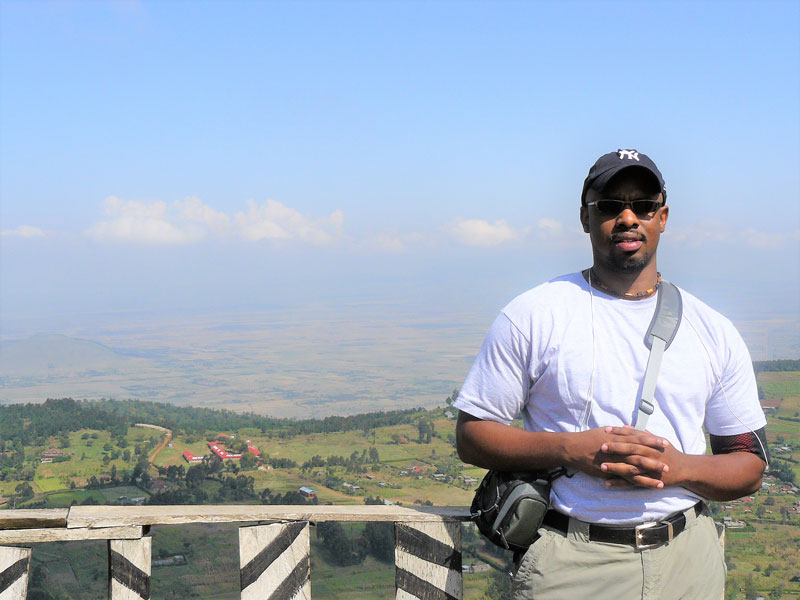 The Rev. Hodari Sadiki Williams arrives for a year of service as a Young Adult Volunteer in the Rift Valley of Kenya, called the cradle of civilization because the oldest human remains were found there. (Photo by Micah McCoy)

It has been 10 years since I stepped off an Ethiopian Airlines flight and placed my feet on Kenyan soil. However, the impact of my Young Adult Volunteer (YAV) experience has left me feeling, at times, as if it were yesterday. I don’t remember how I came to know about the YAV program. I vaguely remember filling out an application. What I do remember is my interview with Phyllis Byrd and my excitement about the possibility of serving for a year on the continent of Africa. I vividly remember her stern and stoic demeanor and my desire to convey how much I needed this experience.

In 2007, I had just finished my Master of Divinity degree at the Interdenominational Theological Center of Johnson C. Smith Theological Seminary. I knew upon graduating that I was not ready for parish ministry. I felt God calling me into a season of discernment and service. Deep inside me was a need to experience life outside the U.S. As an African-American male in America, I had grown weary of the capitalistic, racist, white supremacist country my ancestors and I had called home since our captivity.

I needed to walk on the continent of my origin, breathe the air and experience the spiritual presence of my African ancestors. So I began preparing to journey to Kenya. Unlike many of those who participated in the YAV program with me, I did not come from a church or family with an abundance of resources. It was challenging for me to raise the money needed to support my journey. However, I remember the excitement of my community and the sacrifices many people made so that I could serve abroad.

When I arrived at the orientation in Chicago, I looked around and saw only two other African-Americans. Immediately I felt out of place. I was dismayed that more African-Americans were not taking advantage of this opportunity, or perhaps they couldn’t because of the expense. In conversations with others it became apparent that other participants were involved in this immersion experience for different reasons. Like me, some were going with hopes of gaining something and acquiring a deeper sense of purpose. Others were going because they felt the need to do something good for impoverished or marginalized people.

I don’t place a higher value on either, or think that one reason is more noble than the other. However, historically well-meaning Eurocentric Christians have been disruptive and/or destructive to many cultures and communities around the world. In fact, I remember thinking, “The last thing the world needs are more missionaries.”

As orientation continued, I was grateful for the intentionality of emphasizing that this was a partnership with various communities around the world. In the traditional sense, we were not missionaries; instead, we were partners. Therefore, none of us should assume the role of “going to help someone” but rather go with the hope of partnering with others. This understanding of the YAV program and its mission allowed me to commit to serving without feeling as if I were a part of some traditional machine that participated in the colonization and subjugation of people of color.

When I stepped off that plane a decade ago, I stepped into a whole new world. As I walked through airport, I saw pictures of Kenyans on advertisements. There were pictures of elected officials, and they were all Kenyans. It was not until I exchanged my money that I realized why all the imagery was shocking to me. There on the Kenyan currency were pictures of black faces. In all my 25 years on this earth, I had never seen a person of color on currency. At that moment, as I looked at the Kenyan currency in my hand, I realized how white supremacy in America had impacted my mind. Prior to this experience, it had never occurred to me that a person of color could be on something of value like currency. 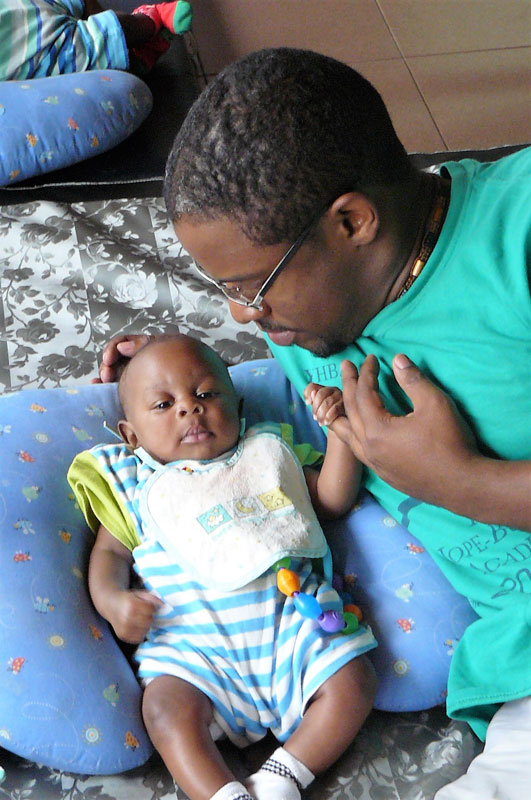 During his YAV service, the Rev. Hodari Sadiki Williams volunteered at an orphanage for babies infected with HIV/AIDS, many of whom had not felt the touch of their mothers and fathers after birth. (Photo Micah McCoy)

My passion for human and civil rights led my supervisor to place me with the Green Belt Movement. This grassroots environmental organization was founded and led by the late biologist and anatomy professor Wangari Muta Maathai (1940–2011), the first African woman to receive the Nobel Peace Prize (2004). Her environmental and political work promoted and supports sustainable development, democracy and seeds of peace and hope in Kenya through the empowerment of women who have experienced gender-based violence. The Green Belt Movement employs women to engage in ecological conservation and peace building through the planting of trees across Kenya. Through the Green Belt Movement more than 30 million trees have been planted across Kenya. During my YAV service working with Dr. Maathai, I became very aware of the internal struggles for power in Kenya and of external players who instigated clashes and feuds to control Kenya’s natural resources.

In our partnership, I spent time traveling with Dr. Maathai to African Union conferences, where many leaders across the continent expressed similar concerns about foreign governments like the U.S. and Britain controlling local government leaders. The perception I had when I arrived in Kenya of people of color controlling their own destiny was no more. It was apparent that North American and European white supremacy had its tentacles wrapped around this continent too.

Impacts of capitalism and colonization upon the Kenyan people were indescribable. The inability of native people to develop wealth from the natural resources of their land was reminiscent of sharecropping systems in America. The beauty of this country stood in the shadow of a people’s quest to escape poverty by assimilating to North American and European culture. There on the East Coast of Africa, in a country called Kenya, I saw the common struggle of African people throughout the diaspora.

There in the cradle of civilization, I became acutely aware of my calling to social justice ministry. My year of service in Kenya had a profound impact on my life and has shaped my ministry today. I met phenomenal people and great leaders, but most of all, I walked away affirmed by God, the ancestors and the people of Kenya, confirming that I was going in the right direction. My prayers had been answered and my season of discernment provided clarity for the journey ahead.

Lord, help us all to learn from the valuable examples of faith our young leaders set. Amen.