‘Gravitate toward an ethos of possibility and hope’ 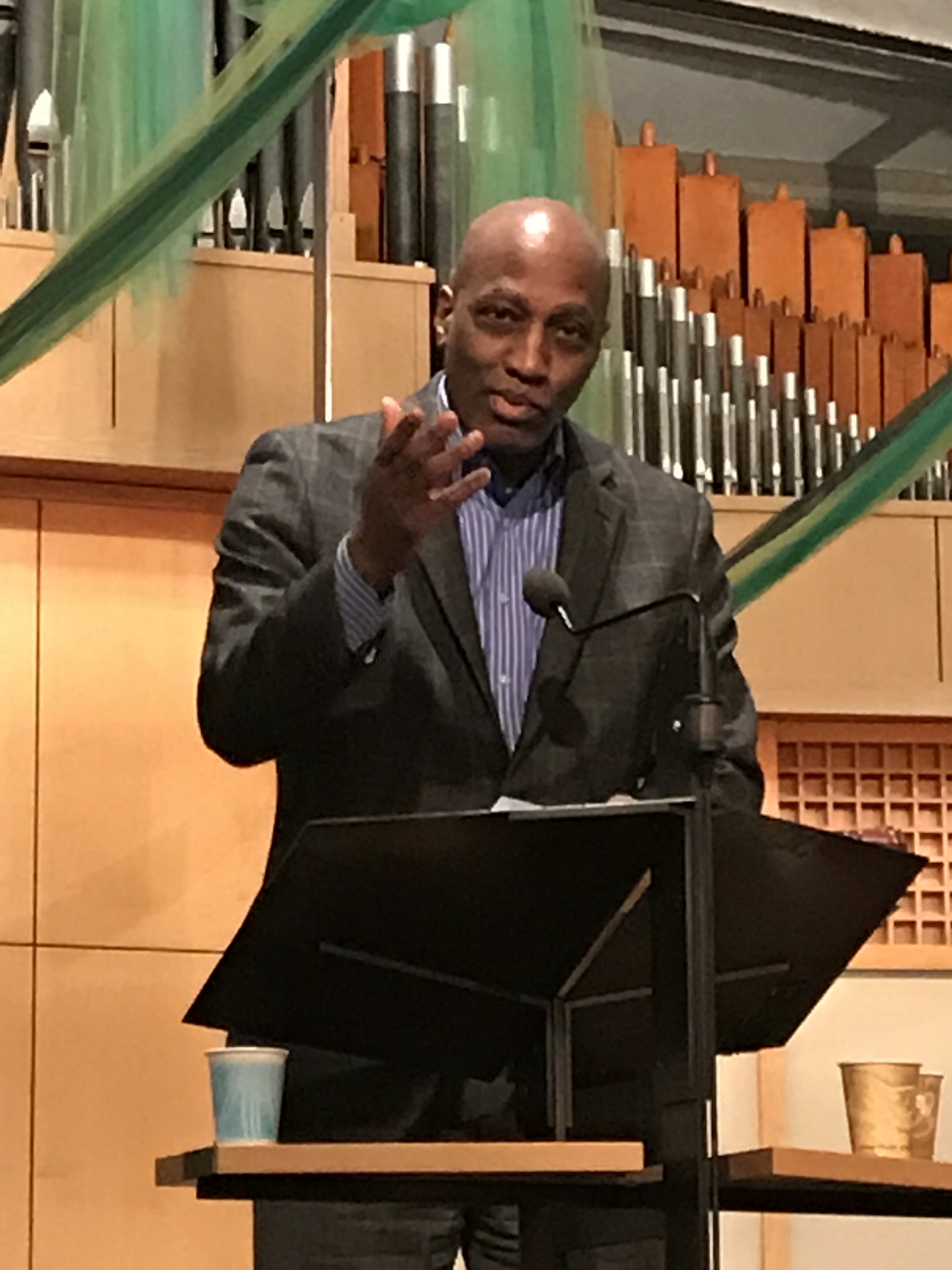 To be relevant in the 21st century, the church must read Scripture differently — to determine who is left out of the biblical texts and reach out to those people, the Rev. Dr. J. Herbert Nelson II told Seattle Presbytery on Jan. 16 in a thunderous sermon that electrified a full house at Mercer Island Presbyterian Church.

The presbytery was joined by members of the Way Forward Commission, which met at First Presbyterian Church of Seattle that week. The commission’s vice-moderator, Eliana Maxim, serves on the staff of the presbytery.

“Once in a while, along the path, you meet people who make a tremendous impression,” Maxim said. “J. Herbert Nelson is one of those persons.”

“Our relevance in this 21st century,” Nelson said, “will be determined by how we reach those who are omitted from the text,” noting that in his text — Luke 15 about the prodigal son — the father, both sons and the servants were all mentioned, but not the mother.

“There isn’t anything else to do but raise the question: who’s omitted from the text? When we do, we need to get off our blessed assurance and give them the hope they need,” Nelson said.

He told of a recent trip to Minneapolis, where at Westminster Presbyterian Church he saw the fruits of a $65 million campaign to expand the congregation’s facilities and its capacity to minister. “I was in ‘high cotton’ walking around there,” Nelson said, using a euphemism from his childhood in South Carolina, “and yet, they are downtown, in the middle of poverty, and are wrestling with how to do the right thing with what they have, with what it means that they’ve not built all this for themselves, but for the homeless, the powerless in their community.”

He continued: “You see, when we move into something new, we try to keep it as clean as new — but here they are bringing in people who don’t smell like they do and don’t dress like they do and who will never join this church.”

From providing shelter to the homeless to low-income housing to tutoring and feeding programs for disadvantaged children, “they’re doing this because it’s the right thing to do,” Nelson said. “We all need to remember who Jesus is, calling us to new spaces, not to be an empire church or celebrate our own accomplishments but to give of ourselves to those who are dying on the vine every day.”

Nelson continued, “I’m convinced that what we have forgotten is that the church belongs to God and is here not because of what we’ve done but because of God’s grace. We are being reminded that the spirit in us today is the faith of those who have passed the faith on to us, that the Lord would make a way somehow. We are going to trust that the Lord will make a way somehow. The church belongs to the Lord and we belong to the Lord also, despite our methodologies of transformation.”

We must ask ourselves, Nelson said, “How much do we really want to serve God? How willing are we to suffer for God?” Presbyterians bemoan decades of membership losses, “but our membership loss didn’t start yesterday. It goes back to the ’60s when we thought we had it all, became indifferent and started pushing people out.”

The PC(USA) is down from 4 million to 1.3 million members, “but 1.3 million is not a bad number,” Nelson insisted. “What is important is that we gravitate toward an ethos of possibility and hope — the hope and work that is given to us only by God.”

That movement will take concrete form at the next three General Assemblies — St. Louis in 2018, Baltimore in 2020 and Columbus, Ohio in 2022 — as Nelson’s “Hands and Feet” initiative takes hold. The initiative seeks to combine service with learning for groups who travel to those cities to engage local activists and community workers.

“Those whole Assemblies are going to be teach-ins,” Nelson said, “a model by which we can teach and train the church to be effective wherever we live.”

Almighty God, grant us eyes to see our world as you would have it. And use our hearts, our minds and our hands to bring us one step closer to that world today. Amen.