Around 850 people from Guatemala’s Maya Quiché Presbytery and visitors from Heartland Presbytery gathered in January at the Maya Quiché Bible Institute in the Guatemalan highlands near Quetzaltenango to celebrate more than 20 years of partnership.

After visiting several Central American countries in previous years, members of Heartland Presbytery traveled to Guatemala in 1991, hoping to form a partnership with Presbyterian indigenous groups, many of whom suffered in Guatemala’s 36-year civil war. During the next few years the relationship deepened between Heartland and Maya Quiché, one of 24 presbyteries in the National Evangelical Presbyterian Church of Guatemala.

In April 1995, a partnership agreement was signed, with the expressed purpose of simply being present with each other as sisters and brothers in Christ. Arriving at that definition required a focused effort to avoid a traditional approach to mission relationships that was based largely on what “rich” Northerners could do for “poor” Southerners. Mutual acceptance and trust became a hallmark of the partnership.

Since then, members of Heartland have traveled to Guatemala once or twice each year, with smaller groups of Guatemalans visiting the Kansas City area occasionally. Increased difficulty in obtaining visas in recent years has greatly limited the ability of the Maya Quiché to visit Heartland, however. Trips have been facilitated either by Rachel Lausch, former mission co-worker in Guatemala, or the Rev. Ellen Marquardt, former associate executive presbyter of Heartland Presbytery.

Lengthy conversations about the need to further educational opportunities for Maya Quiché pastors and lay leaders resulted in the creation of a program in cooperation with the nearby Presbyterian seminary that has trained and enhanced the skills of more than 30 pastors and emerging church leaders. Half of those students have been women. One woman is now an ordained pastor, and six churches — 28 percent of the presbytery — have women elders. 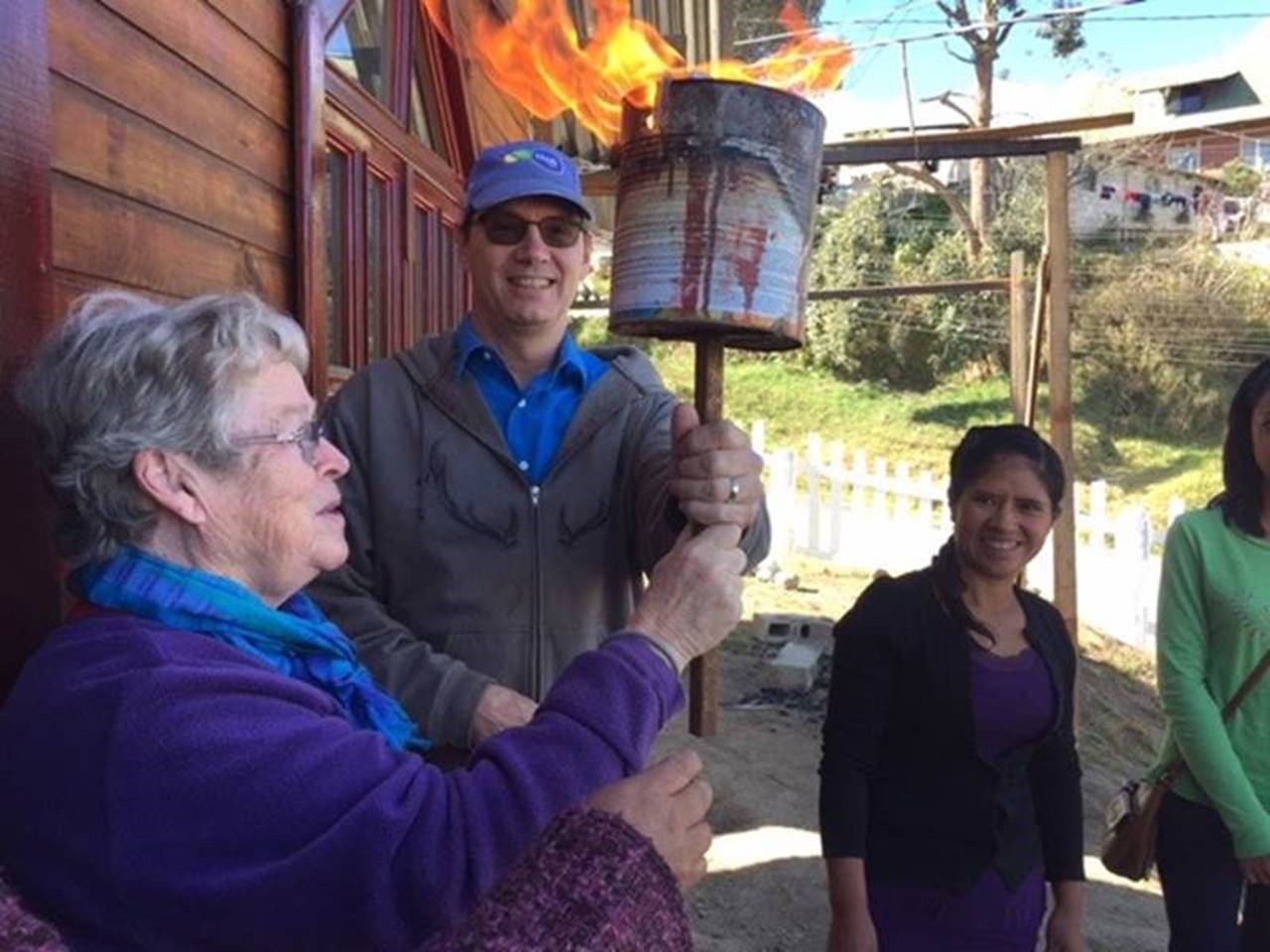 The January partnership celebration began with a five-mile run, which attracted mostly young people, along with mission co-worker Richard Welch, carrying kerosene-soaked torches. Many who traveled to the celebration left their homes in the Pacific lowlands early that morning. For some, it was their first visit to the Quetzaltenango area and their first opportunity to be part of such a large gathering.

The celebration continued with activities for children and youth, plus a seminar for adults led by the Rev. Luz María Coto. Coto, who formerly served on the staff of a PC(USA) partner, the Protestant Center for Pastoral Studies in Central America (CEDEPCA), is now a pastor in Houston.

“The times in which we live make it necessary for us to look again at the incarnate ministry of Jesus and how that incarnation gave form to a ministry that included people of different social, cultural and economic spheres,” Coto said. “I sensed that day in Quetzaltenango that sisters and brothers from both presbyteries reflected on the implications of incarnate ministry and were challenged to open themselves to people from other faiths and cultural traditions. Given the current religious and societal context of both Guatemala and the United States, this is a very necessary step. What a joy for me to have shared in this celebration of partnership — a day brimming with love, smiles, abrazos (hugs) and a continued commitment to follow in Jesus’ path.”

After lunch, participants gathered in the large auditorium for worship. The Rev. Valdir França, PC(USA) area coordinator for Latin America and the Caribbean, delivered the sermon.

“The day was filled with joy and expectations of what the Lord might bring in the future as both presbyteries continue to strive to serve faithfully and effectively in mutual mission,” França said. “This was a remarkable day where we could see the Spirit of the Lord uniting the body of Christ in a beautiful partnership!”

Lord, let us see you in those we serve and in those who serve others. Amen.