Nelson: Training, education of leaders is key to transformation

Education and training of church leaders is key to the transformation of the Presbyterian Church (U.S.A.), General Assembly Stated Clerk J. Herbert Nelson, II, told the Committee on the Office of the General Assembly (COGA) at its winter meeting.

“We are somewhat scattered as a church,” Nelson told the group, which met at the St. Louis Convention Center, site of the 223rd General Assembly (2018), June 16–23. “There are some shining lights, but in some instances, we are leadership-poor,” Nelson said, “creating challenges for many of our mid councils.”

For many years the PC(USA) has placed a premium on management skills, Nelson noted, “but we need individuals who can do significant problem-solving and visioning. We need those who think outside the box, who have the deep desire to do transformative work, often in face of resistance.” 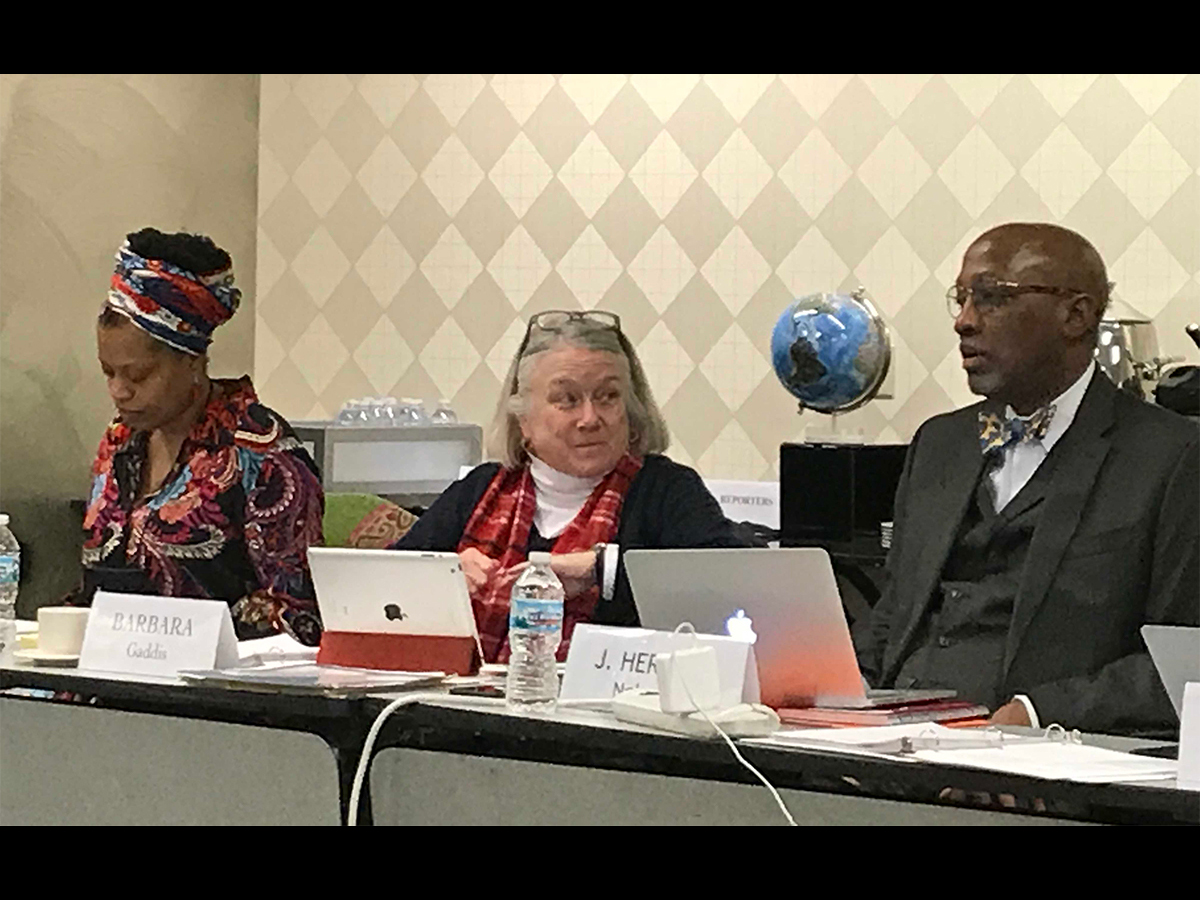 To transform the denomination, Nelson said, “We need to educate and train people for practical ministry. We are doing a terrible job of teaching … in areas such as Presbyterian/Reformed history and our tradition of public engagement. We have not done the groundwork needed for transformation of the church in today’s world.”

Nelson lamented the loss of a number of denominational programs designed to support first-call pastors and other innovative leaders. “We need to mentor and coach transformative leaders, because many are struggling. … How do we educate and train for transformative ministry and how do we engage mid councils more actively in this transformative work?”

As an example, Nelson cited the church’s involvement in immigration issues. “Many of the immigrants we are seeking to serve now are ‘us,’ not ‘them,’” he said. “They are Presbyterians whom we have evangelized and are now among us.”

Talking about an Indonesian Presbyterian congregation in Manchester, New Hampshire, whose members are faced with summary deportation, Nelson said, “We are struggling with life and death. How do we address something that is far deeper than just pastoral concern? Congregations are being destroyed and people we have evangelized are facing death by deportation. Our challenge is to think about what big -picture issues are at stake here.”

Nelson reiterated what he has said throughout his first 17 months as Stated Clerk, which has included more than 100 trips to congregations, presbyteries, synods, denominational gatherings and mission fields: “I’m excited about where this church is going and has to go … but we’ve got to hurry up. We are poised to turn around, but it’s just that: turning around,” he said.

“We are in a different era and have different work to do.”

The COGA meeting included visits with Committee on Local Arrangements leaders for the 223rd General Assembly (2018) and with community leaders involved with the PC(USA)’s Hands and Feet initiative to engage Presbyterians in service activities in St. Louis-area communities before, during and after the General Assembly.

Lord, you have put us into ministry with each other and connected us through our faith. Open our eyes to the potential of our relationships and lead us into new directions. Amen.