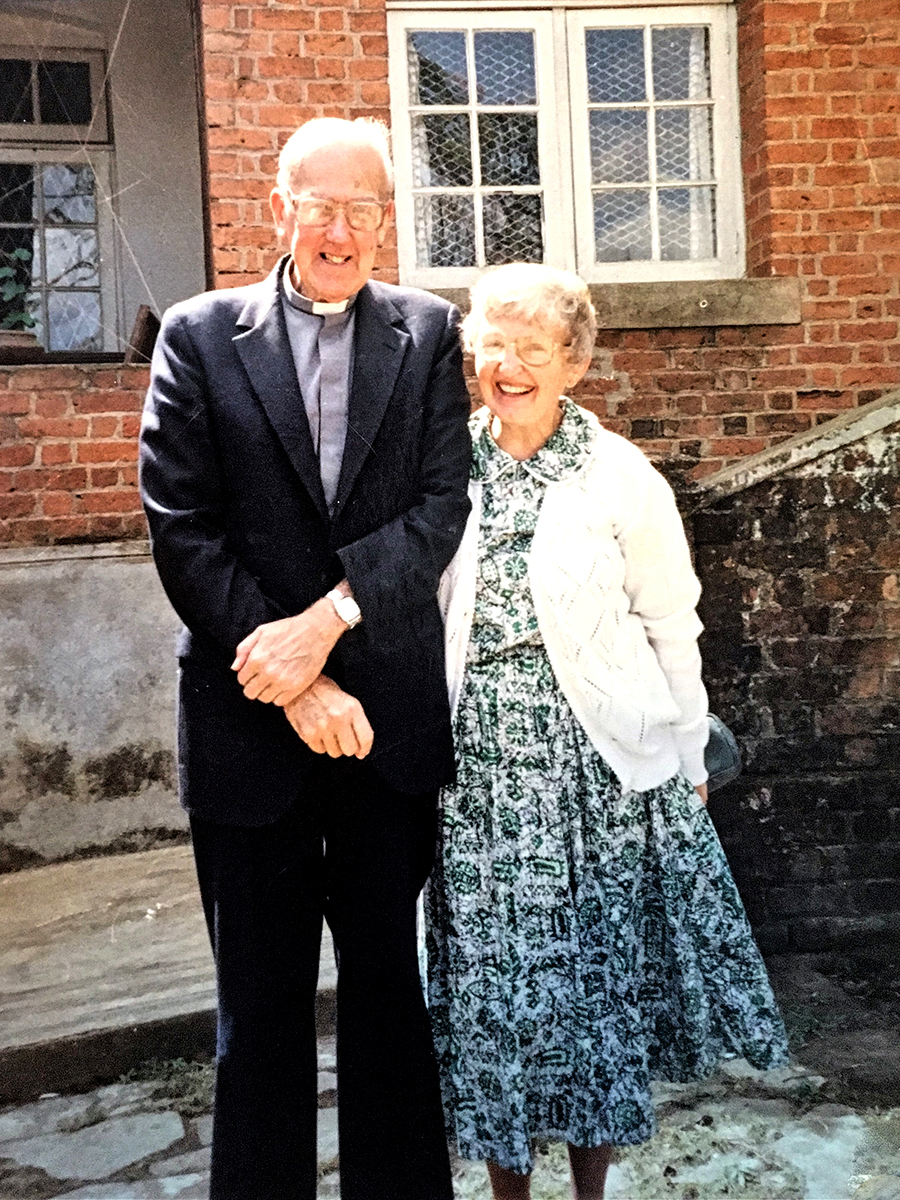 The Rev. Robert I. “Bob” Rasmussen, a mission co-worker in Malawi from January 1986 until his retirement in August 1992, passed away at his home in Michigan on Jan. 25 at age 90. After he retired, Rasmussen and his wife, Edith, returned to Malawi many times, sometimes for months at a time, to train pastors and to preach and teach.

The Rev. A.B. Maulana, general secretary of the Church of Central Africa Presbyterian, Blantyre Synod, expressed condolences to the Rasmussen family, along with celebration for the “committed man of God” and “spiritual father” Rasmussen was in the life and work in the CCAP Blantyre Synod.

“Bob was one of the best preachers I’ve ever heard,” said retired mission co-worker Doug Welch. “He had a humble, gentle, patient spirit and was a blessing to be around. I enjoyed hearing him use the Scriptures and speak about what he was learning. He shared deep content around the issues.”

On more than one occasion Welch suggested Rasmussen publish his dynamic sermons as a collection, but “he wasn’t about making a name for himself,” Welch said. “He was an amazing person and a great role model.”

During their mission service, Welch and his wife, Ruth, became very close to the Rasmussens as neighbors and mission co-workers in Malawi. Bob Rasmussen baptized the Welches’ daughter, Luta, at age 12. Now Luta and her husband, the Rev. Jeremy Garbat-Welch, are carrying on the legacy of mission as they serve alongside the Church of Central Africa Presbyterian as PC(USA) mission co-workers in Malawi, Zambia and Zimbabwe.

Luta said the Rasmussens were “mission grandparents” to her, which was a great encouragement since her own grandparents were in the U.S. during her parents’ mission service in Malawi.

“We are so grateful to have served together in Malawi,” Ruth Welch said. “Bob was a gentle witness who was willing to take a stand from the pulpit when it could have cost him his life.”

Rasmussen, the son of Ivan and Esther (Larsen) Rasmussen, was born in Kalamazoo, Michigan, on Aug. 12, 1927. He graduated from Kalamazoo Central High School in 1945, the University of Michigan in Ann Arbor in 1950 and McCormick Theological Seminary in Chicago in 1953. He was ordained by the Presbytery of Western Michigan in 1953. He and Edith married Dec. 29, 1954. 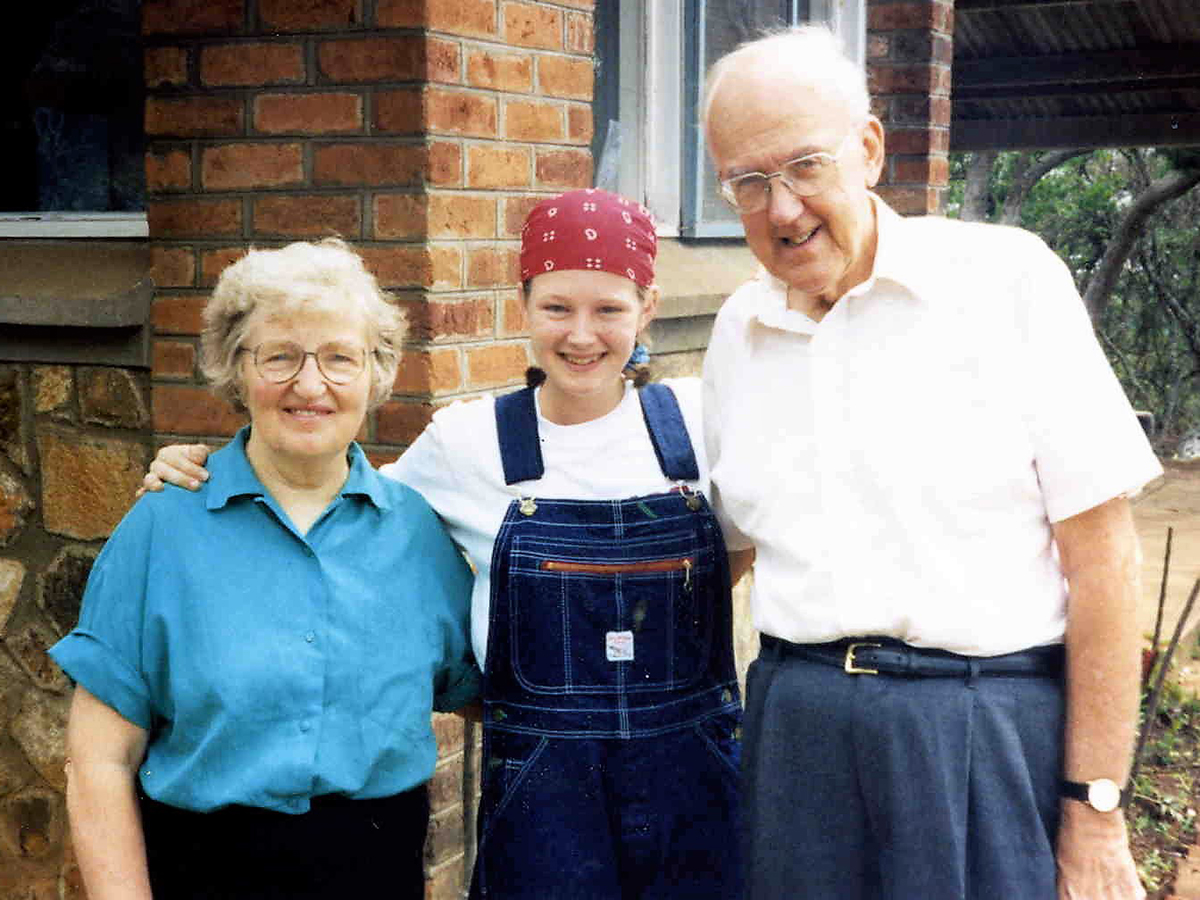 In an online condolence, Kathy Fraley Reid remembered how much everyone loved to hear Rasmussen sing and play piano at Clear Creek Presbyterian.

After he returned from Malawi, Rasmussen served as interim pastor at First Presbyterian Church in Benton Harbor, Michigan. Member Gail Leonard commented, “Bob came to First Presbyterian Benton Harbor as interim pastor at a very difficult time. When I first saw Bob in the pulpit, I remember thinking he looked so slim, even frail, that I thought, ‘He will be blown away in a still wind.’ Very soon I realized that Bob had the strongest spirit, providing our congregation with the strength we needed to find our way through that period, coming out stronger than ever.”

Rasmussen received the NAACP Humanitarian Award in 1985, given by the Metropolitan Kalamazoo Branch of the NAACP, to honor individuals who have dedicated their lives to helping the underserved and underrepresented population in Kalamazoo, regardless of race, creed, gender or religion. He also received the ISAAC (Interfaith Strategy for Advocacy and Action in the Community) Lifetime Achievement Award in 2017. ISAAC strives to improve the life and health of Kalamazoo residents.

Rasmussen is survived by his wife of 63 years, Edith, four children, seven grandchildren and five great-grandchildren.

Thank you, God, for congregations that transform communities by living missionally. Bless them as they resource these ministries of compassionate and prophetic discipleship. Amen.