The Rev. Dr. J. Herbert Nelson II, Stated Clerk of the PC(USA) Office of the General Assembly, is asking Presbyterians to join in prayer in response to the plight of migrants from sub-Saharan Africa.

Videos recently broadcast on CNN show the torture of migrants from sub-Saharan African nations. Men are whipped and burned, begging their families for ransom. With increasing political instability in Libya, forced labor and other forms of human trafficking are growing.

In recent years, young women and men from sub-Saharan African nations have arrived in cities like Agadez, Niger, where, with the help of profit-making agents, they embark on a dangerous journey across the desert to Libya. Once they are in Libya, the next step is a precarious voyage across the Mediterranean Sea to reach Europe. 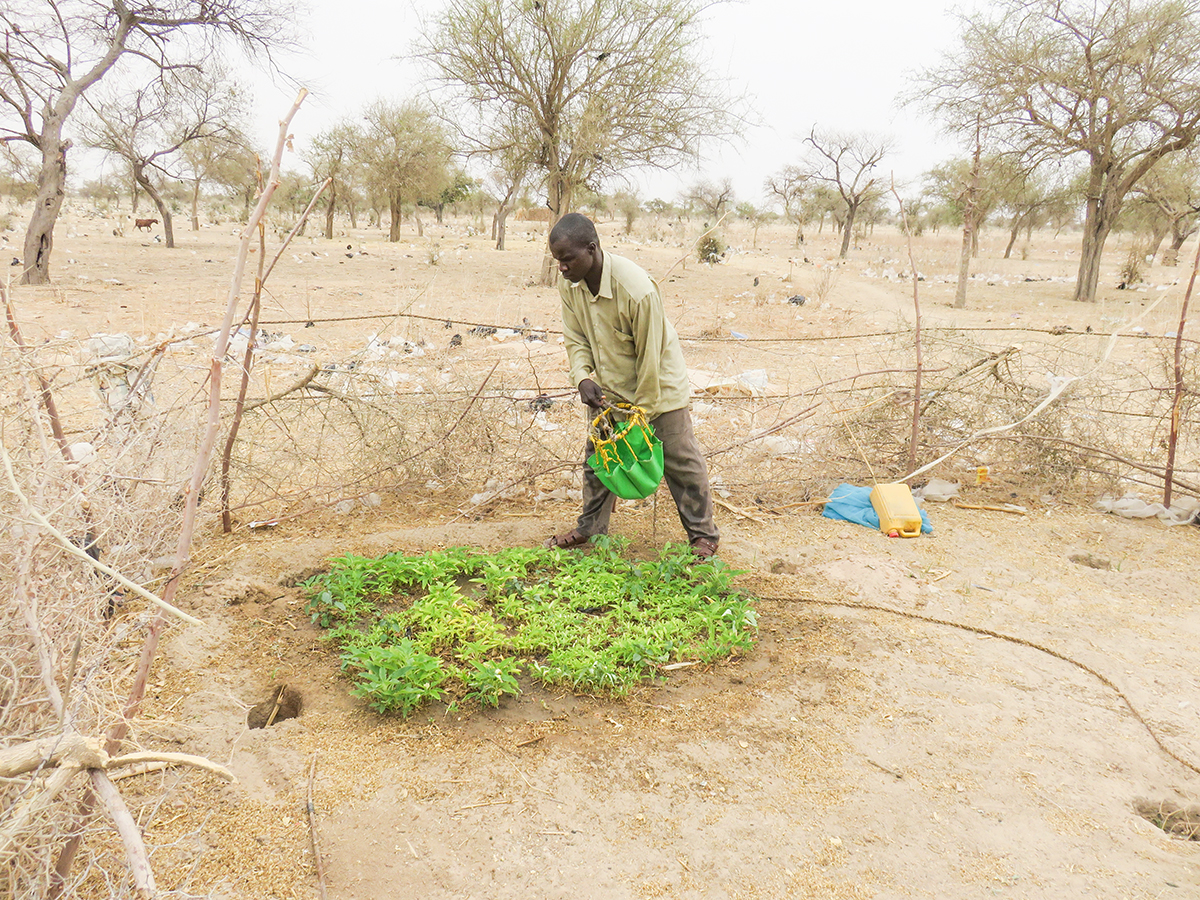 A man in the Maradi region of Niger, attempts to farm during the long dry season. (Photo by Josh Heikkila)

In the past, these migrants might have found temporary work in the informal Libyan labor market. But the ongoing instability has created a situation in which some become hostages and are forced into slavery or trafficked into prostitution. Despite these dangers, people continue to set out on the journey, hopeful that they won’t fall victim in their quest to find a better life.

The migrants are not unlike the millions who left Europe more than 100 years ago on boats destined for Ellis Island.

In 2016, the world became aware of thousands who died when boats carrying migrants capsized in the Mediterranean. Less well-known have been those who died of thirst and exposure from failed attempts to cross the desert.

Presbyterian Church (U.S.A.) partners in the region, including the All Africa Council of Churches, have called on governments around the world to stop slavery in Libya, but they realize it is only the first step in addressing larger issues. There is a need for comprehensive immigration reform, as well as programs that respond to the negative effects of climate change, increased efforts to provide quality education and employment for youth, and governmental reform that promotes democracy, human rights and economic development.

“As we attempt to deal with the many social and political challenges facing our own nation, including issues of basic necessities for so many, we dare not forget God’s call to care for those in other lands who struggle against all odds for dignity and daily bread,” Nelson said. “We must also respond to this crisis that is bringing exploitation and death to millions of our African sisters and brothers. In the name of our Lord Jesus Christ, let us pray and act now on behalf of those who are victims of this growing tragedy.”

God of all, help us to be a blessing for those who need help and hope. In Jesus’ name we pray. Amen.