Killed by police as he ran away, Pittsburgh teen Antwon Rose is remembered on what would’ve been his 18th birthday 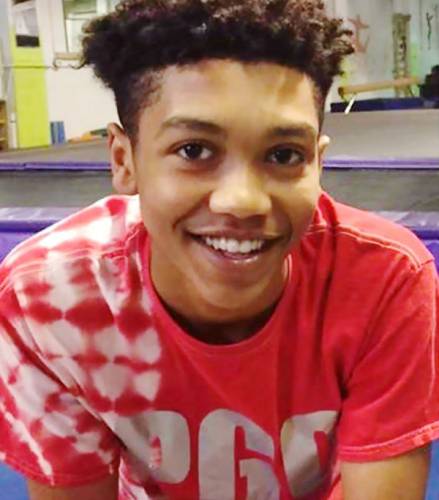 On June 19, Antwon Rose was looking forward to his upcoming birthday. But his life was cut short by police bullets fired into his back as he ran unarmed from police in East Pittsburgh.

So, on July 12, family and friends celebrated what would’ve been his 18th birthday.

“How do we stop this vicious cycle, where we lose African-American men to gun violence and to the system?” asked 29-year-old pastor Nathaniel Carter Jr, who officiated at Antwon’s funeral and helped plan his birthday celebration.

Antwon was killed on the street that Carter lives on, in Braddock, which runs into East Pittsburgh. From nearby Rankin, the two knew each other through Carter’s organization, This Generation Cares, and through projects they’d engaged in together to serve their community.

An ordained and licensed minister in Pentecostal Apostolic tradition and the Fountain of Life International fellowship, Carter currently attends Amplify Church at the Pittsburgh City campus. He is also an apprentice in the Presbyterian Church (U.S.A.) 1001 new worshiping community movement.

On the night of Antwon’s death, Carter heard a lot of police sirens. 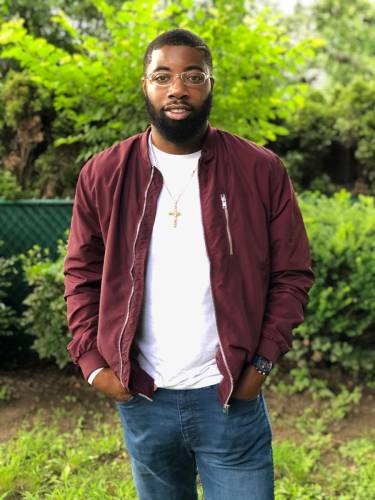 Minister Nathaniel Carter Jr. who presided at the funeral of Antwon Rose is a 1001 new worshiping communities apprentice. (Photo provided)

“But seeing police with their guns drawn late into the evening as they searched for a second person who had run, it was surreal, it was too close to home — and more trauma for the community.”

Carter found himself seeking God for the words to say to Antwon’s family and friends.

On June 25, as 500 people packed into a junior high school auditorium for Antwon’s funeral, Carter set the stage for what the family wanted. He emphasized that no one should bring a political agenda into the space. They were there to celebrate Antwon’s life and to be comforting agents to the family — and each other.

“We didn’t want to alienate any one group of people,” he said. “What people didn’t realize with all the protests going on is Antwon’s grandmother is white.”

Near the service’s end, Carter asked all of the black men in the sanctuary to stand up.

After leading a prayer asking for God’s protection, he did the same for the black women present, declaring God’s word over their lives.

Then Carter asked everyone else to stand — including people of other races — and encouraged them to grab each other’s hands. Speaking about unity and the equality of love, he asked them to pray for each other.

“After praying, they hugged one another,” he said. “Joy took over that space as they considered what it might be like to live together in harmony.”

Carter recently completed a graduate program in church planting and revitalization at Pittsburgh Theological Seminary, where he met the Rev. Dr. Judy Slater of First Presbyterian Church of Duquesne.

They began to talk about how the Presbyterian Church in Braddock had dissolved and been sold to the Mon Valley Initiative in Homestead — which is working to unite the borough communities in East Pittsburgh and restore their economic vitality.

“She has such a heart for the community I live in,” he said. “We began to brainstorm about ways we might be able to create something new — faith-wise — particularly for all the children who live there.”

Carter will spend his nine-month apprenticeship with 1001 worshiping communities gathering and collecting information to see what new thing God might be asking him to be a part of creating, alongside Presbyterians who are partnering with him, in the work of racial reconciliation.

“Pittsburgh is 13 percent African-American, yet in the prison system 50 percent are African-American,” he said. “I used to travel to the state correctional institutions helping individuals who are discharged — 22 of the 24 are male.

“The Bible says that ‘there is no Jew or Greek, no slave or free, no male or female — for we are one in Christ Jesus.’ Human beings like to make differentiations, but if the earth is supposed to be like heaven, all of us as believers are to participate in this kind of Gospel that is free and liberating —I want all people to experience this in a tangible way.”

Compassionate God, you sent your Son into the world to bring us your healing. We thank you for all those who heal in your name. May you uphold them with your love and power. Amen.