‘Justice, service and reconciliation’ among goals of new McCormick president 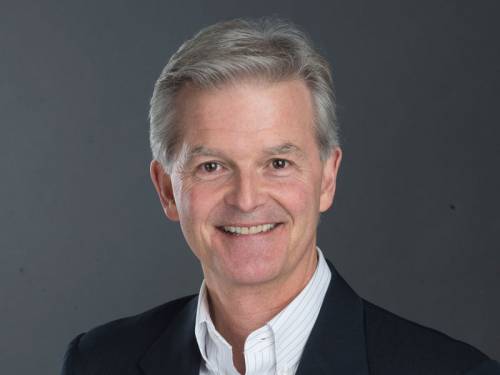 Bringing communities together “in faithful pursuit of justice, service and reconciliation” is one of the goals of David H. Crawford, the new president of McCormick Theological Seminary.  Crawford, who had served as interim president, was the Board of Trustees’ unanimous choice to serve as the seminary’s 11th president.

“He’s the right leader with the right skills at the right time as we lean into our future, and he has earned the full support of the McCormick community — faculty, staff, students, trustees and alums. We are delighted that he has agreed to continue his service at McCormick,” said Pete Cochrane, board chair. “David has spent much of the last 15 years in service to McCormick, and we are thrilled that after a year of great progress, he has agreed to serve for two more years, with an option for a third year.”

Last year the board appointed Crawford to serve as interim president while a committee composed of Cochrane, former and current deans of the faculty and vice presidents of academic affairs Ted Hiebert and Steed Davidson,  along with trustees Connie Lindsey and Erica Liu, convened a series of conversations with students, staff, faculty, alums and other key constituents to discuss the qualities and qualifications needed to lead McCormick. Together with the Executive Committee, they analyzed responses to the questions about what they sought in a new president. The qualities that came up again and again in conversation were transparency, sensitivity, vision and courage. Each group expressed its appreciation for the job Crawford has done over the years and enthusiasm about his vision for where McCormick is heading.

“I am so grateful and humbled by this opportunity to continue my service at McCormick. We have set a new course that honors McCormick’s rich tradition of innovation and projects our mission and programs outward into congregations and the communities we and our alums serve,” said Crawford. “In these extraordinary times, McCormick, perhaps more than any other institution in our great city, has an opportunity to bring communities together in faithful pursuit of justice, service and reconciliation.”

“David is the ideal choice to serve McCormick as its president as we grow and move forward,” former dean Ted Hiebert said. “I have known David for many years and worked closely with him during my time as dean. He knows McCormick inside and out and as a former board member, chief business officer and interim president he has skillfully and thoughtfully led McCormick toward new programs and stronger financial stability. More importantly, as I have said before, McCormick’s mission is close to his heart. He has a broad vision for the seminary and a deep commitment to its future.”

Current dean Steed Davidson added, “David’s gentle, participatory, supportive and visionary leadership offers little surprise to those who have known and worked with him for a long time. That he brings these qualities to a theological seminary from a background in the practice of the law and after many years of work at the seminary may surprise others. We have marveled at the way he has in the past year filled the role of interim president, making the decision that much more imperative. As a faculty we are confident in David’s leadership as he facilitates the innovations that we will step into in the years to come.”

McCormick is located in the Hyde Park neighborhood of Chicago, adjacent to the University of Chicago. It is one of 12 seminaries related to the Presbyterian Church (U.S.A.).

Lord, guide our leaders, that they may reflect your love and grace. Lead us all to lives of service as we seek to do your will. In Jesus’ name we pray. Amen.