A Presbyterian understanding of the 1st and 14th amendments: freedom of religion and equal protection under the law

How the Reformation helped shape the U.S. Constitution

Many of us have heard that the United States’ form of government was influenced by the practices and beliefs of Presbyterians who crossed the ocean to find religious freedom. Even today, our local municipal meetings and sessions of Congress mirror what takes place in church meeting rooms as elected ruling elders lead each congregation. However, we may not always know how traditional Reformed theology has influenced the beliefs that are the bedrock of the Constitution.

Recently, two amendments to the U.S. Constitution have become important in the public discussion as we consider the question of immigrants and refugees: the First Amendment and the 14th Amendment. 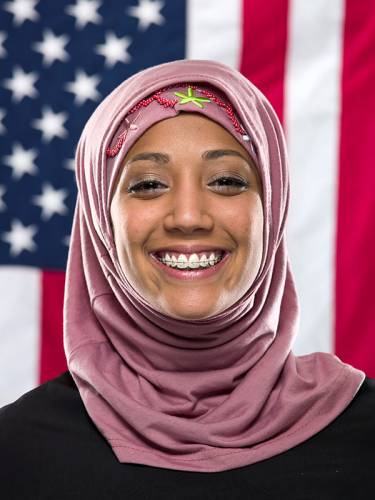 During the last decade, U.S. Citizenship and Immigration Services welcomed more than 7.4 million naturalized citizens into the fabric of our nation. In fiscal year 2016, 752,800 people were naturalized.

The First Amendment to the U.S. Constitution reads: “Congress shall make no law respecting an establishment of religion, or prohibiting the free exercise thereof; or abridging the freedom of speech, or of the press; or the right of the people peaceably to assemble, and to petition the Government for a redress of grievances.”

The first two clauses prohibit the government from establishing a religion or denying the free exercise of religion.

The roots of Presbyterian thinking about freedom of religion grow out of our affirmation of the role of conscience. These roots of our Presbyterian/Reformed tradition are in the work of John Calvin. During the 16th-century Reformation Calvin was responsible for reforms in church and society in Geneva, where he lived. Reformed people have been clear from the time of Calvin that human beings have no authority over the conscience of the individual. Why is the conscience of the individual so important?

Calvin was clear: Only God can judge the conscience.

The Reformers’ emphasis on freedom of conscience was an affirmation that the believer was called to believe what Scripture taught.

Over time Presbyterians moved to something like our First Amendment. Presbyterians argued for the free exercise of their own Reformed religious beliefs because they did not want to be forced to be part of another church tradition. This resulted in church leaders standing up for the rights of others to exercise their religious freedom.

The nub of the 14th Amendment is that all people deserve the same protections. We have interpreted that more broadly as a Christian practice. This practice of equal protection is important in the way we think of refugees.

One of the features of the Geneva Reformation was the regularized practice of the welcome of refugees.

Out of his own experience as a French refugee, Calvin came to believe that refugees were spiritual teachers. In his book John Calvin: A Pilgrim’s Life, Herman J. Selderhuis quotes a letter from Calvin to English refugees in Zurich: “Yet for the children of God who know that they are the heirs of this world, it is not so difficult to be banished. It is in fact even good for them, so that through such an experience they can train themselves in being strangers on this earth.” That is, in refugees Calvin saw lessons that he thought all believers should learn. The refugee, not the settled citizen, was the norm in both the Bible and Geneva.

The challenge as we compare our history to our lives today is that citizenship was not part of the Genevan pattern of welcoming refugees. Even Calvin never attained citizenship. The notion of citizenship that would eventually appear in Western democracies was not practiced in the early Reformed communities. However, the practices of Geneva and other early Reformed communities suggest that refugees, as a group of people, were to be welcomed. It was this basic orientation of the community toward welcoming the stranger that helped define the Geneva community. It is no accident that the Red Cross and other humanitarian organizations were founded in Geneva over the years.

Gracious God, may we be bold to proclaim the good news of your love for us and for your whole world. May we reach out to support our neighbors and offer them kindness, hope and sanctuary. May we listen with care and respect. May we share our own experience of the Gospel with joy. Amen.