Three will begin their work in November 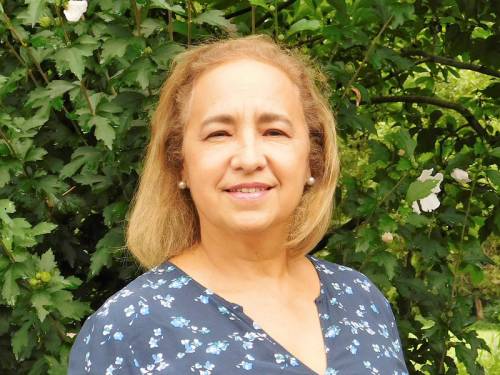 The Rev. Eliane Menezes will be serving in Guatemala, and Jhanderys Dotel-Vellenga and Ian Vellenga have been called to serve in Nicaragua.

Menezes will become a team member of the Presbyterian Church (U.S.A.)’s global partner the Protestant Center for Pastoral Studies in Central America (CEDEPCA) Intercultural Encounter program. The program facilitates experiences of reflection, dialogue and mutual service between people from the U.S. and Canada with Central American communities working toward a more just, tolerant and equitable world, according to cedepca.org.

Menezes grew up in Brazil, but she has been in the U.S. for more than two decades. She most recently served the Presbytery of Tropical Florida in Miami as a minister of Word and sacrament. She received her Master of Divinity degree from Louisville Presbyterian Theological Seminary in Kentucky and has helped the PC(USA) promote its multi-language ministries. In 2007, she was a consultant to the PC(USA) office of New Immigrant Groups Ministries in the U.S. in Portuguese language ministry and from 2007–10, she designed and implemented the Presbytery of Tropical Florida’s Portuguese language ministry.

During 2010–11, Menezes served as guest pastor at San Pablo Presbyterian Church in Brownsville, Texas, where she conducted bilingual worship services. She was a religious service coordinator and chaplain at Port Isabel Service Processing Center in Los Fresnos, Texas, and she served as staff chaplain at Homestead Hospital in Homestead, Florida, and Mariners Hospital in Tavernier, Florida. 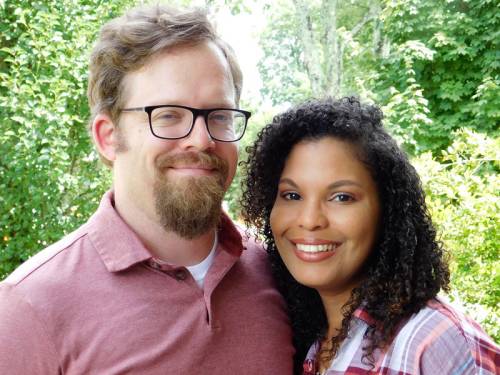 Vellenga and Dotel-Vellenga will serve with the Council of Protestant Churches in Nicaragua (CEPAD), as part of CEPAD’s international partnership program, helping to coordinate U.S. church delegation visits, develop new partnerships, facilitate communication between partner bodies and encourage and accompany partnerships as they deepen their understanding of doing mission together.

From a young age, both Vellenga and Dotel-Vellenga say they were drawn to mission service. She grew up in the Dominican Republic and he grew up in North Carolina. They met at San Francisco Theological Seminary.

Vellenga’s family has a long history of mission service. His grandparents were commissioned nearly 100 years ago as missionaries in Egypt, his aunt and uncle are both missionaries in China, another aunt was one of the first women to serve in Ghana in the Peace Corps starting in the 1960s, and his father serves a small church in North Carolina as a Presbyterian minister. As a young adult, he served with the Appalachian Service Project in Central Appalachia and later as a PC(USA) Young Adult Volunteer in India. After returning from India, Vellenga interned at Redwoods Presbyterian Church in Larkspur, California. Shortly after graduating from San Francisco Theological Seminary in 2014, he was ordained as a deacon at St. Luke Presbyterian Church in San Rafael, California.

From 2010 to 2011, Dotel-Vellenga served with the Caribbean and North America Council for Mission (CANACOM) as part of the Joint Mission Action Team, teaching Spanish and personal development in Her Majesty’s Prison in St. George’s, Grenada. In 2011, she assumed the roles of liaison and interpreter for CANACOM and the Caribbean and North American Area Council (CANAAC), a subsidiary of the World Communion of Reformed Churches. Dotel-Vellenga has also participated in activities and workshops relating to intercultural relationships and gender issues at the national and international levels for the World Council of Churches, the Latin American Council of Churches, CANACOM and CANAAC. In 2015, she interned for three months at Calvary United Methodist Church in Harrisburg, Pennsylvania, where she worked with the church’s mission team to bring awareness to issues such as human trafficking and gender-based violence. In 2017, she completed an internship at Marin General Hospital in Greenbrae, California, where she served as interim chaplain.

Vellenga and Dotel-Vallenga are members of Nutbush Presbyterian Church in Townsville, North Carolina. Dotel-Vellenga is also a member of the Evangelical Church of the Dominican Republic (Iglesia Evangélica Dominicana).

Gracious God, you make all things new in due time. Thank you for gifting us with your Spirit, so that we are never alone. Guide us as we strive to be a community of faithful disciples witnessing near and far to your good news. In Jesus’ name we pray. Amen.