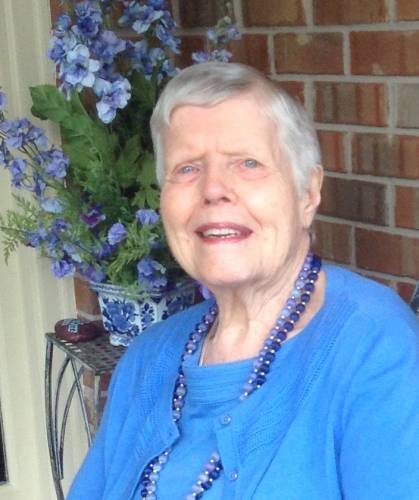 A graduate of Agnes Scott College in 1950, she served for 23 years as a Presbyterian Church in the U.S. (PCUS) missionary in the Belgian Congo. Her mission assignments included training young men and a few young women to become teachers in the first and second grades and teaching at the Theological School in the Congo.

She completed a master of Christian education degree in 1959 and received a master of divinity degree from Columbia Theological Seminary in 1973. That same year, McAliley became the first woman in South Carolina to be ordained as a minister of the PCUS. 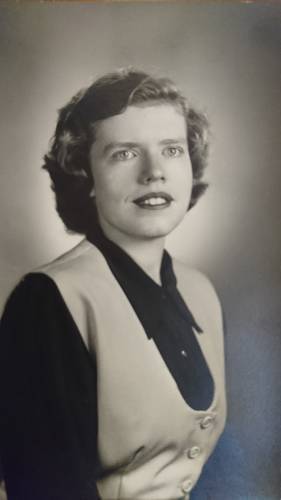 Describing his first meeting with McAliley, Cliff Kirkpatrick, former director of worldwide ministries for the PCUS and PC(USA) Stated Clerk-emeritus, called her “quiet but incredibly thoughtful,” and commented on the hospitality and encouragement she provided as he assumed a leadership role in the church.

“It was a great privilege to work with Libby in the leadership team for Presbyterian world mission as we moved into, through and beyond Presbyterian reunion,” he said. “In Louisville, her wonderful spirit helped to mold the team that shaped the new Presbyterian Church (U.S.A.). Even in retirement, Libby was one of my closest confidantes and my finest mentor.”

She is preceded in death by her parents, husband and a sister (Kay D. Adams). Surviving her are sister Barbara D. Wilkerson, nephew Timothy Wilkerson, niece Kathy Adams and great-niece Amanda Adams. Surviving also are her husband’s five children, whom she loved as her own: Sam (Scotty) McAliley, Ruth (Dickie) Harper, Carl McAliley, Richard (Cheryl) McAliley, and Sarah (Naoki) Oba, 12 grandchildren and nine great-grandchildren. A memorial service was held Aug. 7 at in the Presbyterian Village Activity Center in Austell, Georgia.

Lord, we love our neighbors as we love you. Let us feel your embrace when we embrace others. Amen.