Celebrating women in the Middle East

Leaders recognized for their faithful service

In each of the Presbyterian Church (U.S.A.)’s partner relationships in Lebanon, Iraq and Syria, women in leadership roleslead with grace, strength, vision, collaboration and energy, despite immense challenges and pressures. The guests of honor of the General Assembly of the National Evangelical (Presbyterian) Synod of Syria and Lebanon (NESSL) included three such women: 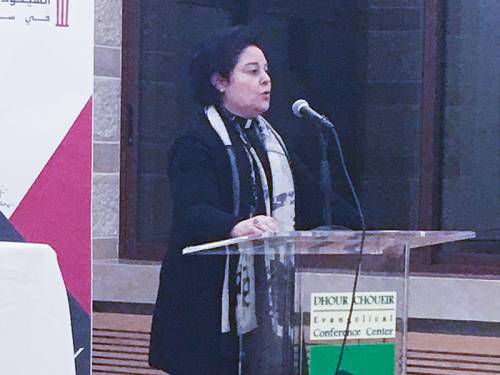 The Rev. Najla Kassab was ordained in March 2017 by the NESSL. Four months later she was elected president of the World Communion of Reformed Churches (WCRC), which networks more than 225 churches in over 110 countries. Since finishing her Master of Divinity degree at Princeton Theological Seminary in the 1990s, she has followed a vision calling for the ministries and gifts of women to be unleashed for the benefit of Christ’s body. In her work through the NESSL and WCRC, she also promotes reconciliation at the personal, community and societal levels. 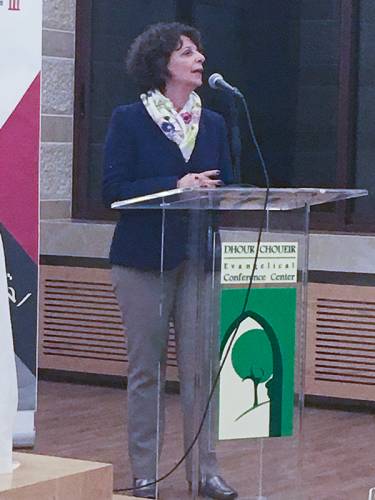 Rosangela Jarjour, a lifelong Middle Eastern Presbyterian who has long served as general secretary for the Fellowship of Middle East Evangelical Churches (FMEEC), encourages and supports the work of the larger Protestant community in the Middle East. Through her leadership, FMEEC has hosted Sunday school teacher and leadership training for regional churches, with special support given to churches in countries under the specter of war and conflict (especially Iran, Syria and Iraq). She also has worked to raise funds through FMEEC that support the relief work carried out by the broader Protestant community in Syria. Under her leadership, FMEEC has long served as a gathering place for regional interfaith dialogue and cooperation to engage the challenges of military extremism masked in religious language. Through her, FMEEC regularly invites Western partners to sit at this table of mutual learning and cooperation. 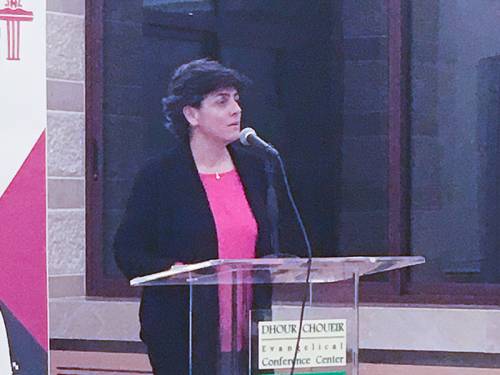 Earlier this year Dr. Souraya Bechealany was appointed acting secretary general of the Middle East Council of Churches (MECC). In that role, she will be working with Protestant, Catholic, Orthodox and Oriental Orthodox churches. At the Jesuit Sant Joseph University of Beirut, she headed the Faculty for Religious Sciences as well as the Higher Institute for Religious Studies, the Institute for Islamic-Christian Studies and the Center for Research and Publications on Eastern Christianity. She holds two doctorates, one in theology from the Jesuit University in Paris (Centre Sèvres) and the other in religious studies from Saint Joseph University of Beirut. Bechealany is also active on many boards and committees covering the topics of theology, ecumenism and religion.

Dear Lord, thank you for faithful leaders who bring hope and light to the wider world. Help us all to be faithful witnesses to the truth of the gospel. Amen.