More veterans seek help in faith communities than in hospitals 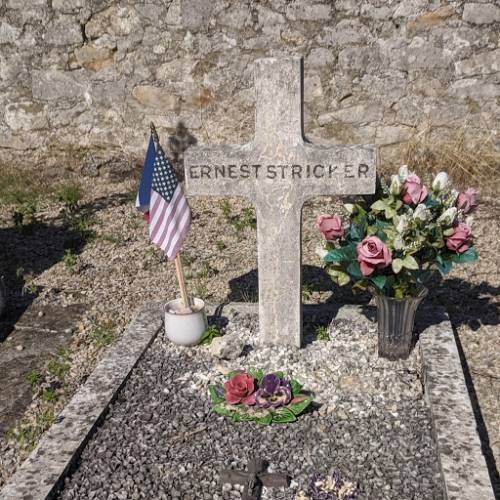 Should you visit the village of Belleau, France, today you will find in their cemetery one grave graced by an American flag. Ernest Stricker is buried among the villagers. Each year the staff of the local military cemetery ensure that his grave is decorated. Stricker is the last American soldier to die in the battle of Belleau Wood.

This battle began June 6, 1918, and raged for nearly three weeks. More than 2,000 U.S. Marines were killed and another 8,000 were injured. German casualties are unknown but were likely even greater. The battle concluded on the June 21 that same year.

Stricker fought in the battle but survived. A Swiss native, he became a naturalized U.S. citizen and enlisted in the Army as part of the American Expeditionary Force. Though honorably discharged in 1919, the war continued to rage in his soul. In April 1928 he left a note in his Paris hotel room saying he could not go on and wanted to be buried among his “comrades in arms.” On the morning of April 2, he was discovered on the grounds of the Aisne-Marne American Cemetery, having committed suicide near the remains of the hunting lodge — a structure nearly destroyed in the battle that ultimately destroyed him.

The military cemetery had been closed to burials in 1928, but the villagers of Belleau took him in. Pfc.  Ernest Stricker was buried with full military honors on April 5, 1928 — nearly 10 years after the battle of Belleau Wood.

Today is Veterans Day. More than 18 million veterans live among us. And of those 18 million, some 18 are likely to commit suicide today.

The women and men who serve in our nation’s military are changed by their service. The vast majority adjust and continue to live full and productive lives. But some, like Stricker, are consumed by the war that rages within.

As we observe this Veterans Day 2019, let us give thanks for all our veterans. And let us especially be mindful of those who struggle today.

Is your congregation veteran-friendly? More veterans seek help through communities of faith than in veteran hospitals. Take time today and consider how your community can help the Strickers in your midst.

Truly I tell you, just as you did it to one of the least of these who are members of my family, you did it to me. — Matthew 25.40

Please pray for our chaplains and the men and women they serve in our military and VA hospitals and centers.

To see the latest report on Veteran Suicides, visit mentalhealth.va.gov/docs/data-sheets/2019/2019_National_Veteran_Suicide_Prevention_Annual_Report_508.pdf

Lord, you know how deep a warrior’s wounds go. You know the loss that many of our veterans feel in body and soul. You know the memories that haunt them and the scars that many of them continue to carry. O merciful Savior, bring healing to those veterans who still hurt. Please grant patience and wisdom to those around them who cannot understand but can sometimes help. Permit both physical and spiritual healing to wounds that remain. For this we pray in your most holy name. Amen.