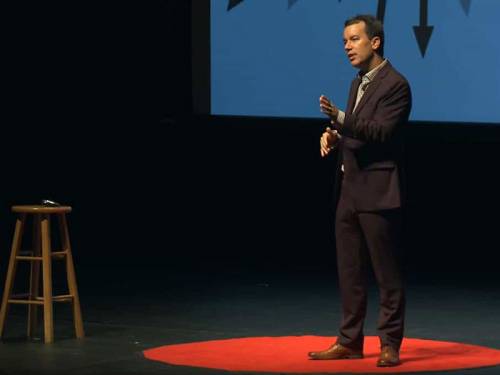 Scott Galloway’s father, grandfather and great-grandfather were all Presbyterian pastors. Galloway has followed all three of his preacher forebears — not into the pulpit, but as a storyteller and filmmaker who has created a product that pastors, church educators and others can use to stimulate discussion and make the weekly readings from the Revised Common Lectionary more relatable to Sunday worshipers.

Galloway’s InLighten Films, for which he’s founder and executive producer, is creating and posting online short weekly films for use in worship, Bible study, Sunday school or retreat settings. Each brief downloadable film speaks to one of the lectionary’s Scripture passages for the week.

Subscriptions start at $49 per month for congregations or organizations under 100 members. The service launches Aug. 26 in time for the Sept. 1 original film “Barred,” which is based on Hebrews 13:1–8  and 15–16. After that, subscribers will receive links to new films a month in advance so that they can readily make plans on how and where the films will be used.

Each film comes with discussion questions. Films are purposely open-ended, Galloway said, to allow preachers and other educators to “foster discussion or expand upon what’s already been seen.”

The Sept. 29 film “Greener” is based on 1 Timothy 6:6–19 and stars the actor Danny Vinson, who has more than 80 credits to his name, including such films as “The Curious Case of Benjamin Button” and “Talladega Nights: The Ballad of Ricky Bobby.”

“Greener” tells the story of a farmer who’s about to sell his farmhouse and land despite objections from his daughter, who leaves her father phone messages pleading with him not to sell. In the end, the character Vinson plays realizes he’s content, once a Realtor has read back to him the proposed advertisement for the farm listing, to continue farming and living in the old farmhouse.

“That was a difficult film to create,” said Galloway, of Davidson, North Carolina. “Contentment is a difficult thing to show. Ultimately, it’s an internal feeling. You can’t just tell someone, ‘Be content.’ Danny is a great actor, and it was his ability that helped us show what it means to be content.”

The Sept. 15 film, “Lost & Found,” tells the story of a courageous woman who seeks to help those lost in the dark world of human trafficking. That week’s Scripture reference is Luke 15:1–10 , Jesus’ parables of the Lost Sheep and the Lost Coin. In the film, a woman who has been trafficked talks about feeling worthless and concludes that Jesus “can’t love me anymore.” Later, she realizes through her tears that God loves her unconditionally.

Galloway said short films are increasingly popular because there are now easy-to-use online distribution portals and because creatively, “people can get their arms around them.” A year ago, he pitched his idea to an investment group. “They were interested, they backed us and here we are,” he said. “This is a lifelong dream come true. I keep telling my wife this isn’t work because it’s something I always wanted to do. I’m thrilled to have the opportunity to do it.”

His father, the Rev. John T. Galloway, spent 50 years in ministry and is still alive. Fortunately for his filmmaker son, the senior Galloway used to have the church secretary type out his sermon illustrations on 5-by-7 cards and index them by topics, everything from forgiveness and patience to Shakespeare connections to the Bible. With the addition of similar cards from his colleagues in ministry, Rev. Galloway would eventually amass 10,000 cards, which the younger Galloway found in his father’s files one day.

Last year, Scott Galloway rented a van and drove it to his father’s home outside Philadelphia. “He gave me all those filing cabinets,” he said. “I feel blessed to have access to all those stories, and a lot of the films are based on them. It is great to have that catalog.”

Loving God, bless pastors and their spouses; walk with them so that their service for your kingdom bears much fruit. Bless the young people, who have committed their lives to the revival of worship in China. In Jesus’ name. Amen.