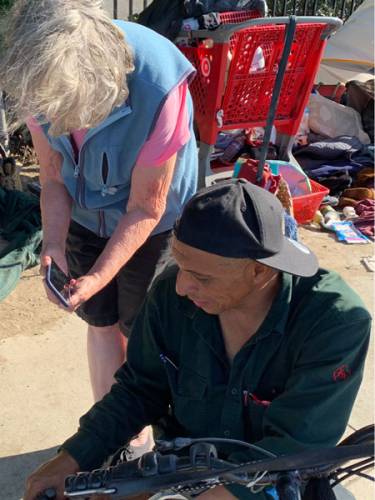 St. Mark’s Presbyterian Church in Lomita, California, is located near a substantial encampment of people experiencing homelessness. In and around the community in southern Los Angeles County, “the homeless issue out here is humongous,” says Marney Wilde, an 82-year-old St. Mark’s member who is part of one of two St. mark’s teams providing services to the church’s neighbors. “It’s not just the typical homeless. The rents here are incredibly expensive. Most people are two or three paychecks away from being on the streets. That helps explain the heavy homeless population we are seeing.”

The session of St. Mark’s Presbyterian Church, which has nearly 100 members, voted recently to accept the Presbyterian Church (U.S.A.)’s Matthew 25 invitation. While eradicating systemic poverty is the church’s main focus, members are finding “renewed congregational vitality” by “taking on a role in this challenging citywide issue of increasing numbers of homeless individuals,” the church wrote on its Matthew 25 invitation acceptance form.

A few St. Mark’s members working to reduce homelessness have found their niche working alongside case managers who are trying to qualify people for public housing.

“Once they have housing, (families) get a mentor for everyone over the age of 5,” Wilde explained. St. Mark’s members are currently mentoring two families, both headed by single mothers. Mentor relationships last for about 18 months. 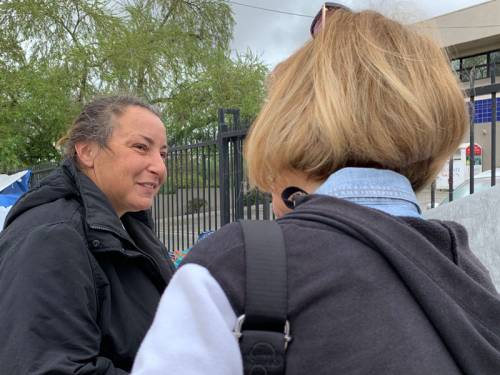 “We haven’t been at it for long,” Wilde said, “but already we’ve seen six people get into housing. We’re continuing our mentoring, which makes them more acceptable to a landlord. It’s the little things, but individuals understand where the help is coming from. It raises their self-esteem to know people care.”

“The church’s prayers and support have been hugely important,” Wilde said. “We truly see these individuals as God’s family. At this time, they are in need of our help.”

Merciful God, thank you for providing for us in your grace and comfort and the place you have for each of us in your house. We pray that you would use us, in advocacy and in ministry, to provide for those seeking in our communities and around the world. Amen.