The Presbytery of Philadelphia is celebrating its 300th anniversary in 2017 with an ambitious goal: raising $300,000 to invest in community projects and outreach. The presbytery is also observing the milestone with an Oct. 7 worship event and a commemorative devotional, “300 Days for 300 Years,” as it strives to be a “people born in faith, rooted in grace and answering God’s call in Jesus Christ to live into hope.” 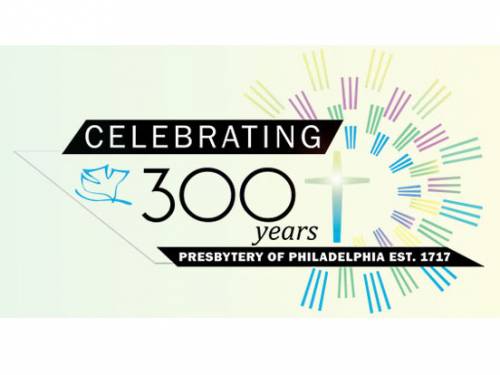 The regional body of the Presbyterian Church (U.S.A.) — which encompasses the greater Philadelphia area with 123 congregations and nearly 30,000 members — has earmarked funds from its campaign to help alleviate the school-to-prison pipeline among economically disadvantaged youth, enhance education and advocate for restorative justice within the community.

In issuing the “$300,000 for 300 Years of Faithfulness” challenge, the presbytery hopes its “collaborative efforts will bear witness to the Good News of Jesus Christ in our neighborhoods and communities as we stand alongside our neighbors in the greater Philadelphia area.”

Executive Presbyter the Rev. Ruth Faith Santana-Grace says the celebration committee carefully considered how they wanted to mark the anniversary.

“We didn’t want to just be about history,” she said. “For us, the question was, ‘How do we stand on the faithfulness and courage of our past? How do we capture the spirit that allowed people to create [the presbytery] out of nothing? And how do we stand on that and strengthen and celebrate our relevant witness as we lean into the future?’”

In addition to community investment, Santana-Grace finds hope in initiatives that have already taken root in regions of the presbytery such as conversations on race between diverse congregations, an art installation, and more ways churches are joining together to celebrate the presbytery’s legacy.

The presbytery has the notable distinction of being established prior to the formation of the United States by a group who opposed British rule over the colonies. Members of First Presbyterian Church, also founded in 1717, played a part in the first Continental Congress and the writing of the Declaration of Independence.

“There is very much an awareness of our long history that is present at all times in this congregation,” said the Rev. Jesse Garner, pastor of First Presbyterian. “When you have members who were active in the life of this nation in its founding years, that is something — a heritage — that affects the way we view the church even today, and its involvement in the community around us. It’s something that we’ve always seen as our mission.”

The presbytery has produced a video on its anniversary year plans, its history and ongoing ministry in Philadelphia that can be viewed at https://youtu.be/-Z_bVNpHMvU.

The Oct. 7 worship celebration is open to all and will feature preaching by the Rev. Dr. M. Craig Barnes, president of Princeton Theological Seminary, and the Rev. Denise Anderson, co-moderator of the 222nd General Assembly, in addition to regional choirs, other guest speakers and a community reception.

Details of the ongoing celebration, links to partner organizations and a list of events in the Presbytery of Philadelphia can be found on its website: presbyphl.org/300th-anniversary.

Dear Lord, thank you for the privilege of planting the seeds of health, nutrition, relationship and your gospel for the people you bring into our lives. May we be your faithful ambassadors wherever you lead us. Amen.