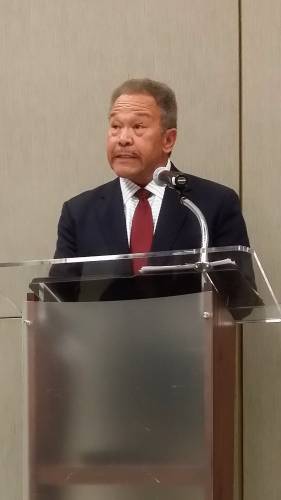 When you talk to Jeff Arnold, executive director of the Association of Presbyterian Colleges and Universities (APCU), you can’t help but feel optimistic. Following the organization’s annual Presidents’ Conference, his view is that faith-based affiliations among Presbyterian schools are getting stronger and growing due to the strength of connections offered by the APCU.

The organization, which has 56 member institutions, has seen strong growth in recent years and continues to provide value for affiliated schools.

“We’re probably as strong as ever,” Arnold said of the APCU’s health. “We’ve had a lot of enthusiasm over the past year around some of the new initiatives we’ve put in place that are beginning to pay dividends to the schools.”

Hannam University in South Korea joined the APCU this past year as the first institution outside of the U.S. and Puerto Rico, and Arnold sees this as a good indicator of how schools are benefiting from their affiliation.

“Their new president — Duk-Hoon Lee — is a graduate of Hannam,” Arnold said. “Unlike his predecessors, he decided the school should return to its Presbyterian roots and was very interested in reconnecting with the church. He has really made a great effort to bring the school back into the fold, so to speak. Part of that effort was to gain membership in the APCU.”

Arnold says institutional health is on the mind of every higher education leader he encounters — whether they represent a large Ivy League school or a small and possibly struggling liberal arts college — and schools look to APCU for guidance, information and assistance in this area.

“We’re doing some things in the longer term that we believe will influence their enrollments in a positive way,” Arnold said. “We’ve established a peer-advising network so that we can work within our group to strengthen each other. And that’s been very well-received because I think there is a great deal of credibility among and within the association as [institutions’] presidents have already expressed some issues and are having success in sharing their methodology with other presidents in the association.

“Our presidents from the board can quickly and effectively explain what the APCU is all about, what we can be doing to help them and encourage them to be active in the association.” 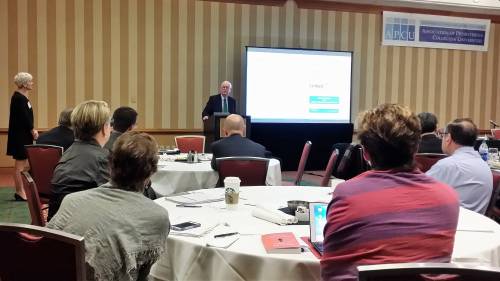 This year the APCU began an email outreach alerting 33,000 self-identified Presbyterian college-bound students of APCU member institutions. Over 10,000 students opened the message, and 1,100 made inquiries of APCU schools. All 54 schools that participated in the campaign had direct inquiries made of them. Arnold hopes to extend this awareness campaign into churches with a “critical mass” of students, offering information that youth groups can share with members.

Another new outreach for the organization includes merging the Presbyterian College Chaplains Association (PCCA) and the APCU. Although the PCCA will continue to operate independently, as members they will have a seat at the table with the presidents of Presbyterian institutions, and Arnold believes that will provide a better platform for sharing.

“We’ll be able to do more programming along the lines of spiritual- and faith-related areas that fit the different cultures at all our schools,” he said. Those efforts have already included helping to build a model for finding candidates to fill chaplaincy vacancies across the nation.

Arnold is excited to see what these new programs and affiliations will bring to the APCU and its member institutions over the next years, noting that some of the efforts have long-term horizons. Still, promoting the benefits and aiding the health of Presbyterian colleges and universities has its own reward — students finding the best school at which they can excel academically, personally and spiritually.

“Presbyterian colleges represent a wide range of academic, spiritual and social opportunities,” said Arnold, who also noted the range of theological views within member schools. “There’s bound to be one [school] within the group that might fit your specific needs.”

O God, whose love stretches around the world, bless your disciples who serve your people. Enliven their ministries and show  compassion so they may better reflect your presence in our changing world, which craves knowledge and truth only you can illuminate. Amen.