The United Nations Intergovernmental Panel on Climate Change has stressed that zero carbon emissions must be achieved by 2050 by the world if we are to avoid catastrophic climate impacts such severe and recurrent droughts and record-breaking storms as well as the inundation of small island states and coastal cities.

“No doubt transitioning to a fossil-fuel-free economy is a matter of urgency,” said the Rev. Henrik Grape, coordinator of the World Council of Churches (WCC) Working Group on Climate Change. “But in a context where nearly a billion people subsist in poverty and socio-economic inequalities continue to widen, it is also a matter of justice.” 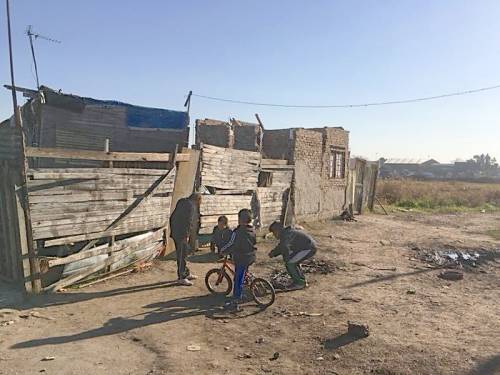 Meeting in Buenos Aires earlier this summer, the WCC Working Group on Climate Change explored the concept of “just transitions” and planned its engagement in the 24th Conference of Parties (COP 24) of the United Nations Framework Convention on Climate Change, to be held in December.

Significantly, the upcoming COP will take place in the coal-mining town of Katowice in Poland. “Many families in Katowice are dependent on the coal industry,” said Pawel Pustelnik of the Ecumenical Youth Council in Europe, who hails from the region.

Therefore, “a key question for this COP and beyond is how to hold together the intertwined goals of achieving sustainability and securing livelihoods for all,” said Athena Peralta, program executive for economic and ecological justice at the WCC.

While attaining energy security via renewables as well as enabling equitable energy access are important dimensions, “addressing the issue of forced migration must also be part of the discussion on just transitions, especially in the Pacific,” said Frances Namoumou from the Pacific Conference of Churches.

Transitions are sometimes risky, producing winners and losers. It is critical to ensure that indigenous peoples and other marginalized groups do not absorb the risks and costs, said Joy Kennedy from Climate Action Now-Canada and the Canadian Council of Churches.

As part of the meeting, a public event on “the role of faith communities in advancing eco- justice” was organized at the Evangelical Church of the River Plate.

WCC working group members also visited urban poor communities close to Buenos Aires, facing challenges with access to water and a clean environment. A number of residents in these communities had migrated from rural areas within Argentina and neighboring Paraguay, highlighting the links between environmental degradation, climate change, migration and poverty.

God of all creation, help us to perceive the new thing you are doing as we join you in the work of bringing it here on earth, as it is in heaven. Amen.