A recent Harvard University study about Hurricane Maria’s impact on Puerto Rico reflects the tragic situation that Presbyterian Disaster Assistance has reported on since responding to the disaster.

The study, from the Harvard T.H. Chan School of Public Health, estimates the death toll during and after Hurricane Maria may be closer to 4,600 or more. The study, published in the New England Journal of Medicine, suggests lack of access to medical care and basic needs may have been contributing factors.

According to the study, researchers combed the island, visiting more than 3,000 residences. The study found that many people died because they were cut off from hospitals and medical care, ran out of medicines such as insulin, or had no access to electricity and clean water.

During a visit last November, a delegation from Presbyterian Disaster Assistance visited some of the remote communities on the island. Many were still without power and accessible roads. Residents said then that heavy rains in the weeks after the hurricane kept washing away newly repaired roads and power lines, making it difficult to travel to and from the region. 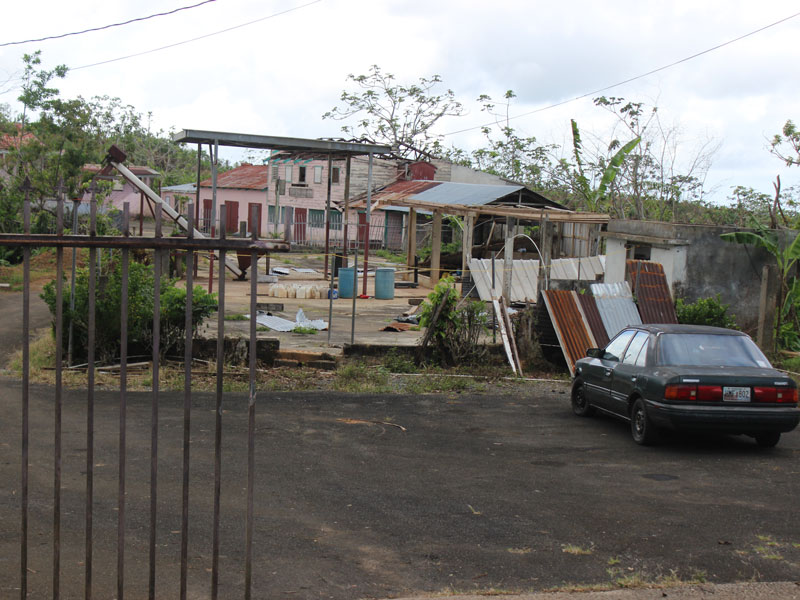 Homes and communities in the mountains of Puerto Rico lost power, water and access to medical care in the weeks and months after Hurricane Maria. Photo by Rick Jones

The study showed that the average household went approximately 41 days without cellular service, 68 days without water and 84 days without electricity. Thirty percent of residents surveyed reported interruptions in medical care, including the failure of equipment such as respirators.

“The study’s findings are consistent with what PDA has heard since the earliest days of our response. Many people from the island shared horrific stories of their inability to access life-sustaining medical care,” said Jim Kirk, PDA’s associate for national disaster response.

Researchers say they are still compiling data, and the final numbers could go higher. If the death toll totals 4,645, they said, Hurricane Maria would be the second-deadliest hurricane in U.S. history. In 1900, a hurricane in Galveston, Texas, killed as many as 12,000 people. The official death toll in Puerto Rico after Maria was 64. 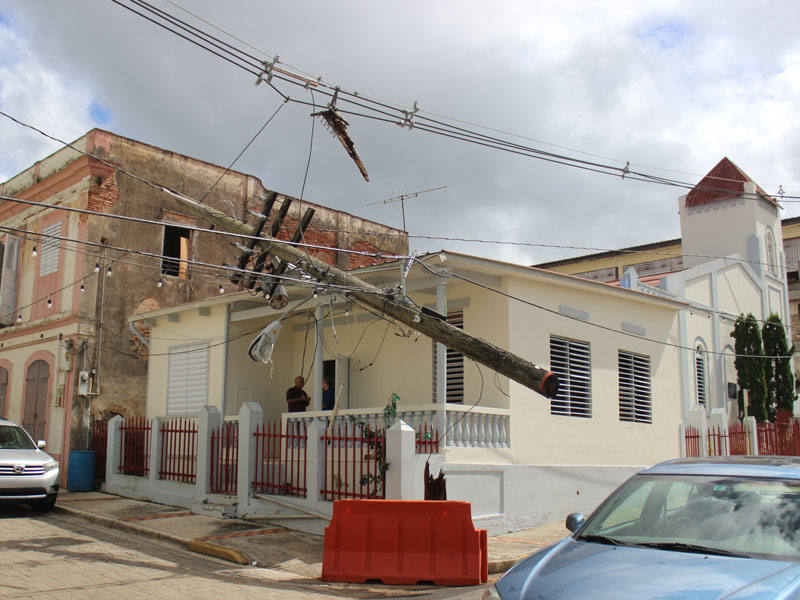 The Rev. Edwin Gonzalez-Castillo, PDA’s Hurricane Maria consultant for Puerto Rico, also served as stated clerk for the Presbytery of San Juan and pastor of the Presbyterian Church in Vega Alta when the hurricane struck the island last fall.

“We all understood Maria’s impact was bigger than what we had heard,” he said. “With this information, and what we hear from other planned studies, we should have a clearer picture of what needs to happen as we prepare for future hurricanes and catastrophic events.”

The Puerto Rican government says a team of experts will be leading an independent review to determine the full extent of Maria’s impact on deaths.

“Accurate information will validate people’s experiences during and after Maria and will be helpful in the healing process,” said Kirk. “The Harvard report and the ones that follow are reminders to PDA and all disaster response entities of the magnitude of the loss and the need.”

“If factual, the reports will provide residents a sense of closure and will validate and make it real,” said Gonzalez-Castillo. “A lot of people don’t feel the official number given accurately represents what they have experienced.”

God of amazing grace, as we mourn for those we have lost, may we see the face of Christ in those who seek to help the survivors. Help us to respond with your compassionate love in ways that transform lives. Amen.