Ask questions — then listen and learn

He was a man of few words. My visits often consisted of a monologue I carefully constructed around veiled questions, hoping he would offer up details about his life without getting agitated. But his responses were short — a few words uttered in a deep voice that got louder if he was irritated by the subject matter.

I met Robert after he moved into a nursing home. What little I knew about him I had learned from a brother who lived out of state. Robert’s background included a career in graphic arts, working with his father in a commercial printing business, a failed marriage, depression, heavy drinking and excessive smoking. Robert had lived independently until his mental state deteriorated so much that a crossing guard saw him walking down a street without shoes on a snowy day and called the paramedics. That’s how he ended up at the hospital and eventually was institutionalized. 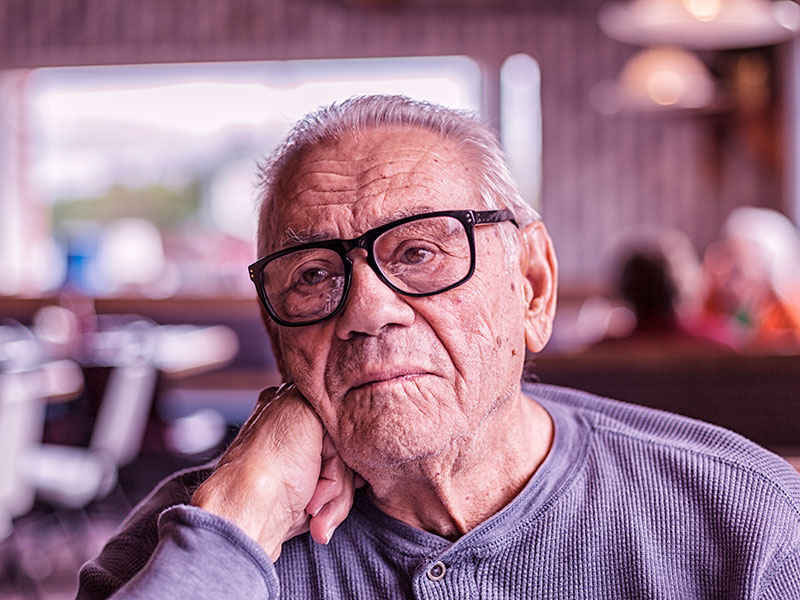 By watching his habits, I learned that he had a sweet tooth. I also discovered that he loved classical music. Whenever I played a selection on my smartphone, he would close his eyes and hum the tune.

However, it wasn’t until the day he died that I learned Robert had been an avid painter. As I kept the vigil by his deathbed, I offered companionship to his brother on the phone. In gratitude, he emailed me pictures of paintings by Robert he had kept after clearing out his apartment. Chicago streets and an elevated-train stop, a neighbor standing in an alley — even a self-portrait. As I looked at the images, I felt sad at the lost opportunity to offer him greater meaning during his last days by engaging with him in what was clearly his favorite hobby. It was that day I vowed to stop my veiled questions, to be more assertive, more inquisitive — even at the risk of pestering — so that dementia patients, like Robert, will not be buried and forgotten while still alive.

Magdalena I. Garcia, Hospice Chaplain for Vitas Healthcare in Chicago

God, help us to listen for your call to the deep need of the world. Following you in faith and amid uncertainty, help us also find that place where we are deeply glad. Amen.