Texas, Florida and Puerto Rico continue long road to recovery more than one year after hurricanes

Rebuilding process is slow, but resilience is strong 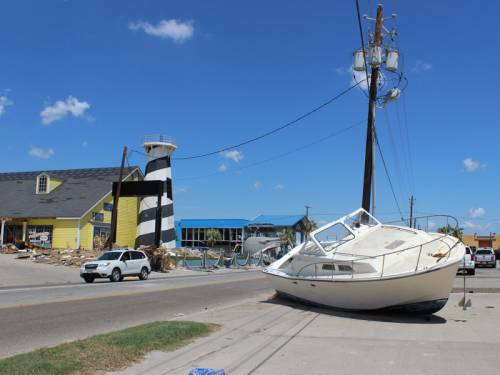 It’s been more than a year since a trio of hurricanes wreaked havoc on Texas, Florida and Puerto Rico, leaving a path of destruction, major power outages and many people without homes. Hurricanes Harvey, Irma and Maria, in quick succession, pummeled their targets over several days late last summer.

The Federal Emergency Management Agency (FEMA), Red Cross and other disaster recovery organizations, including Presbyterian Disaster Assistance (PDA), have made strides, but much work remains.

In Texas, work continues to repair homes and businesses damaged by Harvey’s wrath. Last fall, a PDA delegation visited presbyteries and churches impacted by the storm, including the First Presbyterian Church in Dickinson.

While the cleanup has been long and difficult, pastor Kathy Sebring says it’s also been a blessing.

“We’ve had challenges and still do, but it’s actually presented an opportunity of rebirth for us,” said Sebring. “Before Harvey hit, we were a very small congregation and had no new members. Harvey came and washed all of that away.”

For the first two Sundays after Harvey, the congregation worshipped outdoors and, according to Sebring, it drew people in who were looking for help and a church. 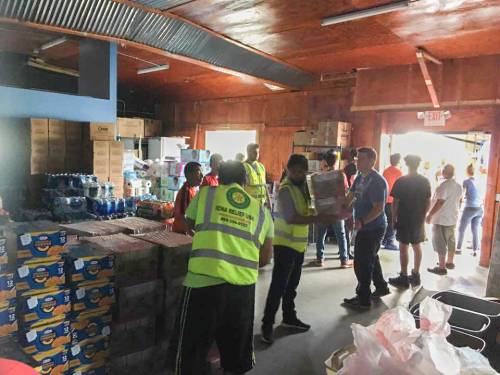 Florida continues the recovery, not only from Irma but from previous hurricanes. “It’s been slow. Around the state, we have several long-term recovery groups that have formed in the wake of Irma,” said Kathy Broyard with Florida Presbyterian Disaster Assistance Network (FLAPDAN). “Volunteers are coming, but not as many as we would like. The number of workers in Florida is down as many headed to Texas and Puerto Rico after Harvey and Maria. We’re not complaining. Things are moving.”

Broyard says there are many homes still covered in blue tarps and recovery groups are working to keep things dry until volunteers can arrive to help make repairs.

In Puerto Rico, most power has been restored across the island, but there are still areas where power doesn’t last long. From the sky, blue tarps can be seen dotted across the communities, still waiting for repairs. The government said nearly 3,000 people died as a result of the storm.

“From what we’ve seen and heard, a lot of people are tired. They feel that they haven’t had a lot of time to rest or to take care of themselves,” said the Rev. Edwin González-Castillo, the PDA consultant working on Puerto Rico’s recovery. “I still hear about people needing beds, refrigerators and basic necessities. Power is going out almost weekly in different areas which impacts stoves, microwaves or refrigerators.” 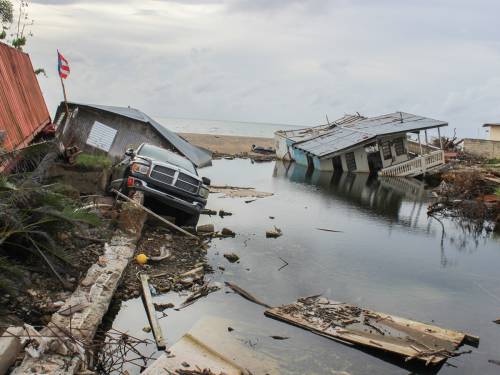 Damage from Hurricane Maria can still be seen some 60 days later along the western coast of Puerto Rico in the town of Mayaguez. (Photo by Rick Jones)

González-Castillo says it puts a lot of pressure on the churches. Many pastors, who are part time and holding down other jobs, find themselves working around the clock to meet the needs of their members.

Families are still living in rough conditions and are concerned about when the next storm will hit.

“I’ve talked with one family that got new beds, but their roof still leaks. When it rains, their beds get damaged, and they must be replaced again,” said González-Castillo. “There’s that moment where you can’t handle it anymore and it’s created a desperate situation for families, the economy, government and schools.”

To make matters worse, González-Castillo says trailers loaded with spoiled food and supplies have been found that were never deivered. Hundreds of bodies have never been claimed either because families have left the island or can’t afford to bury them.

Despite the slow recovery, González-Castillo says Presbyterian churches are stronger and more organized to meet the needs of their congregations. Volunteer groups continue to come in and assist with home repairs.

“PDA has been working in partnership with our Presbyterian sisters and brothers in Texas, Florida and Puerto Rico in the initial response and now in the long-term recovery,” says Jim Kirk, associate for disaster response in the U.S. “As a result of the generosity of our denomination, PDA will be able to support the ongoing recovery. It is hoped that through additional gifts that support can last even longer.”

Gracious God, you give strength to the weary and power to the faint. Lift up those who have given so much. May they know the peace of Christ, the peace that surpasses all human understanding. In your gracious name we pray. Amen.