Using culture to inform the church 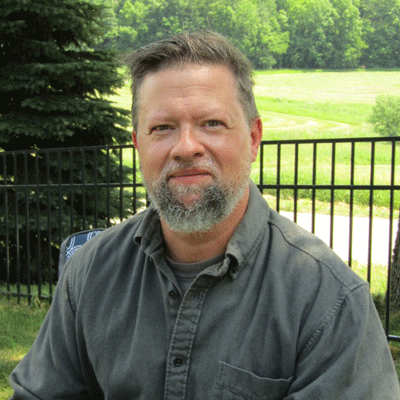 Many preachers get a little antsy about preaching on and around secular holidays, among them the Fourth of July, Labor Day, Mother’s Day — and that biggest secular holiday of all, Super Bowl Sunday. In their minds, the culture and the church ought to be kept at arm’s length from one another.

But the Rev. Dr. James Calvin Davis, the guest on the Rev. Dr. Lee Hinson-Hasty’s recent podcast “Leading Theologically,” said he welcomes opportunities for culture to inform the church.

The Presbyterian Church (U.S.A.) pastor and ethicist and professor of liberal arts and religion at Middlebury College in Middlebury, Vermont, even wrote a recent book on the topic, “American Liturgy: Finding Meaning in the Holy Days of U.S. Culture.”

For Davis, theology is “a collective enterprise,” the “language and story of the people. So, we all ought to be doing it, and we’re better at doing it if we take dives into theological history, translating [theologians’] perspectives to make them just a little more accessible” for both pastors and lay people.

While the book is intended for clergy “facing that annual task” of preaching about secular holidays, “more broadly I hope the book models how clergy and laity think about the relationship between church and culture in ways that are more nuanced” than thundering sermons “saying how the culture is all demonic,” Davis said.

Sometimes church and culture critique one another. Other times they’re complementary and even complimentary.

“The idea of faith transforming culture is too unidirectional. It says very little about culture contributing to faith,” Davis said. “There are moments when culture raises up a critical lens we can apply to our faith tradition and leads to the reformation of that faith.”

Hinson-Hasty said that the discussion made him think of the civil rights and Black Lives Matter movements and their connections to faith traditions. “We like to say the church did that, but not always,” Hinson-Hasty said. “Culture and experience can be critical to transforming faith.”

A good liberal theology — a term Davis said he owns unapologetically — “invests deep respect for Scripture and tradition.” Too often, he said, theologians write and talk “like nothing good was written after 1900.” In the case of LGBTQ equality, for example, “the culture ushered the church to embrace that.”

There’s a lot of good in culture, and for Davis one of those good qualities is embracing fun, recreation, laughter and relaxation, “things the popular culture promotes that we in Christian circles don’t always talk about. There is an element of fun I want to invite people to embrace theologically.”

The Protestant work ethic stands in the way of that, Hinson-Hasty said: “If we aren’t working, we aren’t doing anything.”

Davis includes in his book a chapter he calls “Why God Loves Football,” a tongue-in-cheek look at Super Bowl Sunday. “Despite, or sometimes because of, its less attractive elements,” Davis writes, “football ultimately symbolizes the good in human culture, because it displays the complex phenomenon of human creativity, ingenuity, effort, strategy, cooperation and fun … I am certain that if Jesus lived among us now, he would watch the Super Bowl too. He might even get a chuckle out of the commercials.”

Referring to his chapter on the Fourth of July, Davis told Hinson-Hasty there’s “a whole lot that’s good about being a proud American. … But we ought to experience the pride with a critical eye and stand up when our nation fails those ideals.”

The chapter on Labor Day was personal for Davis. Both his grandfathers were coal miners, and his father was injured in a mine during Davis’ childhood, altering the family dynamic and its socio-economic standing, Davis said. Writing the book was the first time he had the opportunity “to work through (the labor movement’s) personal and theological significance.”

For Davis — and, he hopes, for more and more Christians — Labor Day is “a day of the prophets, a high holy day of labor. I hear utterances of the Old Testament prophets in that kind of work.”

Living God, the prophet Amos proclaims the call to overflowing justice. Help us to live boldly into Amos’ call — to think, walk and talk the life of justice — so that communities all over the world can thrive and live in harmony. Amen.