What the church is called out to do 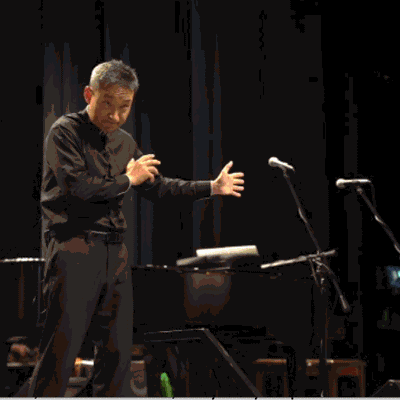 The Rev. Samuel Son leads worship during the Synod of Lakes and Prairies’ Synod School. (Screenshot)

The favorite and persistent question of children everywhere may exasperate parents, grandparents and caregivers, but it’s an important question, the Rev. Samuel Son told the 450 participants during worship at the Synod of Lakes and Prairies’ Synod School.

As a parent, “I have attempted to answer every ‘why’ question,” the manager for Diversity and Reconciliation in the Presbyterian Mission Agency said during a sermon on the theme of “Called out to be the church.” “I’ve come to realize it’s not to understand the purpose of things, but because [Son’s children] wanted to tire me out.”

“But ‘why’ is an important question,” Son said. “If we know the purpose of an action, we are motivated and committed to that action.”

Before his dramatic conversion on the road to Damascus, Paul — then Saul — “knew his life’s purpose and the privilege he had,” Son said. To Saul, his life’s purpose was to nip in the bud this fledgling movement called The Way, according to Son.

The church “exists for the world, and God intended that,” Son said. “It’s about a shalom that puts everything in place.” It’s like a symphony with a brilliant violinist and trumpeter, Son said. “If they play what they want, no matter how good they are, it becomes noise. They look at one person [the conductor] as she is leading, and it becomes beautiful music.”

God intended the church “to be the very embodiment of that shalom,” showing “rich variety” of both Jewish and Gentile believers, Son said, and displaying “what the shalom of the world can be and will be because the church is already living it.”

The question, he said, is, “Have we been living it?”

Scholarship by Robert P. Jones and others indicate that “American Christianity has developed a theology at its core to protect white supremacy,” Son said. “I know that might be hard to hear,” but recall that before his conversion, “Paul was so sure he was doing God’s work.”

Paul’s words and actions often had riotous or near-riotous effect, Son said, and he read one such example, in Acts 19:25-34. That led to a brief discussion of the Jan. 6 insurrection at the U.S. Capitol, which included “a lot of Christian images,” Son noted, including the cross and prayer circles. It was reminiscent of calamitous actions in the temples at Ephesus and in Jerusalem, he said, including prayers to “the God they were sure was on their side.”

Why church, then? “If we are here just to justify and continue the brokenness of the world, we might as well close our doors,” Son said. Instead, we must see like Paul: even to die is not suffering, but glory.

He asked worshipers to turn to their seatmates and tell them, “We are the church. We are the shalom of God.”

“Go forth and be obedient to the lordship of Christ,” Son said during his benediction. “Show the world what the shalom of God looks like. Amen.”

Today’s Focus: ‘Why’ of the church’s mission

Great god, you have given us abundance in our lies, our work and our world. Help us to multiply your gifts so that your great goodness shines through us into your world, and so that all might live in your abundance now and in the world to come. Amen.