Rural realities: Hunger in the heartland

Rural living has been romanticized for far too long with images of freshly baked pies cooling on windowsills and families pulling up to food-laden dinner tables, Norman Rockwell-style. But the reality is that those living in rural America are not necessarily well-fed.

Although rural communities are the very places that grow produce and raise animals for meat and dairy products, healthy food is a scarcity in many such communities, and many families either go hungry or fill up on food that is cheap and unhealthy.

A report from Feeding America, an advocacy group headquartered in Chicago, found that 76 percent of counties in the United States struggling with food insecurity are rural counties.

The Rev. Kate Morrison serves in one such county in the Midwest. 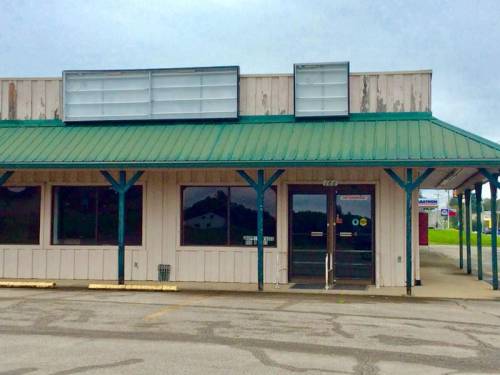 Empty grocery stores like this one in Bloomfield, Kentucky, are common sights in rural America. Small populations are not attractive to national supermarket chains, so residents are left in food deserts. Courtesy of the Rev. Lisa Zahalka

Morrison, who has been in Wyoming for two years, never imagined being in a place where farming and ranching — and don’t forget the sugar beet processing factory, she points out — are the main industries. “Seminary certainly didn’t prepare me for rural ministry. I joke with friends that if they need hands-on experience, come out here because they’ll just throw you right in,” Morrison said.

Among the ministry challenges she has been “thrown into” is the growing problem of hunger.

“Even though we are in an agricultural area, we have a lot of food insecurity in our community. Much of this is due to the low-paying jobs in the area. More folks are living paycheck to paycheck,” she said.

And while Torrington is “lucky to have two grocery stores,” many people find it hard to afford the groceries from them, Morrison says.

“The only place that does offer ‘cheap’ food is the nearest Walmart, which is 40 miles across the state line in Nebraska. But one must have reliable transportation to get there,” Morrison said. 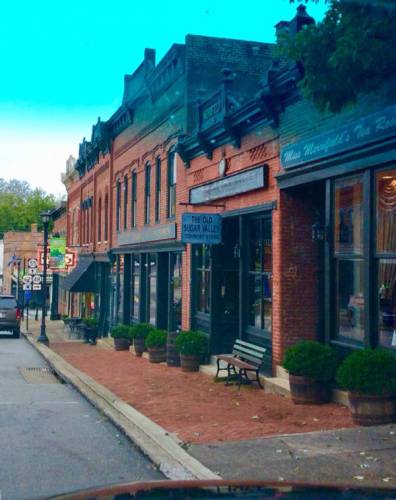 Rural towns like Bloomfield, Kentucky, might look idyllic, but beneath the surface is the “darkness of hunger,” says the Rev. Lisa Zahalka. Courtesy of Lisa Zahalka

The Rev. Lisa Zahalka, pastor of Big Spring Bloomfield Presbyterian Trinity Baptist Church in Bloomfield, Kentucky (yes, Presbyterians and Baptists under one roof), said that about six years ago, Bloomfield lost its grocery store. While the mayor tried to get another grocery chain to come in, the response was that Bloomfield, with a population of 1,064, was too small to support it. A year ago, though, a small produce store set up shop.

“We were so excited, but it was not to be what we expected. On the days that I have visited, the produce is usually going bad. I am sure the store will be gone soon,” Zahalka said.

Big Spring Bloomfield Presbyterian Trinity Baptist Church is exploring starting a food pantry, but in the meantime, the best way to help feed neighbors is by pulling together, recognizing the needs as they arise and doing what can be done.

“When word gets around that someone is in need, it’s not uncommon for folks just to cook and deliver casseroles,” Zahalka said.

She added that she wants to open an affordable grocery store in her community. Until that day comes, she focuses on what can be done now, and that is getting congregations more active in lobbying small grocery chains to come into rural communities.

“We need to convince these businesses that a small community can sustain them,” Zahalka said.

“Because while our little town may look idyllic, the darkness of hunger resides behind the faces.”

Today’s Focus:  Hunger in the heartland

Loving God, we thank you. You sent Jesus Christ to help us in times of need, and you change us so that we can help our neighbors come to know your love for them. In Jesus’ name we pray. Amen.