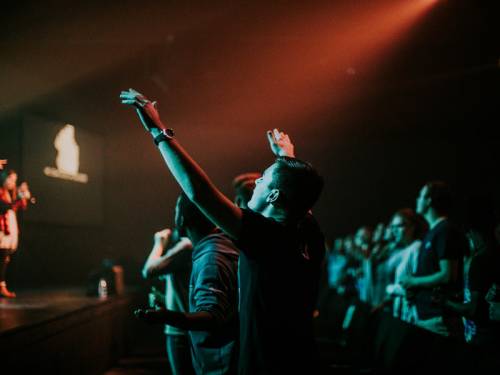 Born in 1946, the Rev. Nibs Stroupe, now retired after serving for 34 years at the intercultural Oakhurst Presbyterian Church in Decatur, Georgia, grew up “in a totally segregated society” in Helena, Arkansas. He said he saw Black folk “all the time” while growing up, but “they didn’t feel like people” until he did some work in Brooklyn, New York as a young adult.

A member of Generation X, the Rev. Adriene Thorne, now pastor of an intercultural congregation, First Presbyterian Church of Brooklyn, grew up in Prince George’s County in Maryland, leaving the Roman Catholic church of her birth for about a decade because of “the hypocrisy” over race and LGBTQ issues.

How these two intercultural leaders came to be where they are now is the subject of a 76-minute workshop aired during the Intercultural Transformation Workshops. Listen to their conversation with the Rev. Samuel Son, the PC(USA)’s manager of diversity and reconciliation, on “Navigating Church, Faith and Race,” by clicking here.

After Thorne returned to the church following college, her mother, “an incredibly wise woman,” reminded her daughter that “all people in church are hypocrites. We’re all trying to do the best we can.”

“I credit her for having the faith I have,” Thorne said. “She is still a staunch Catholic, even though people refused to pass the peace with my mother because they didn’t want to shake her Black hand. She’s considered one of the pillars of the church and she stayed with the community that rejected her when she first arrived.”

Stroupe said his father left his family when he was a young boy. “The church understood the huge pain of missing my dad,” he said. Men from the church would take him to baseball games. “I felt like I really like this stuff,” he told Son and Thorne. He said he told God, “I just want (faith) to stay uncomplicated. Just let me believe in you like I do now. You’re my father in the sky.”

He said he had a break with the church when he realized people of color “were human beings like me.”

The only time he returned to the church for years afterward was to speak in Memphis churches during the garbage strike the Rev. Dr. Martin Luther King Jr. had helped organize shortly before he was assassinated in 1968.

“We would interrupt worship in white churches. We were universally rejected,” Stroupe said.

He got married and finished seminary. He and his clergywoman spouse accepted a call to a mission church in Norfolk, Virginia, ministering to a large apartment complex of low-income people living in what was formerly Navy housing. Here, he had another awakening.

“I had in my heart there was something wrong with gays and lesbians,” he said. The church was set to nominate a woman to become a ruling elder, but she told Stroupe she couldn’t because she was a lesbian. “I thought, I can’t believe that. You are married and have kids,” he said. Then Stroupe had another thought: “If Alice was going to be excluded by God from the beloved community, definitely none of us were in,” he said. “I thought, this is a learned behavior. I’m going to unlearn it.”

Before pastoral ministry, Thorne had a career in the performing arts. “Artists to me are the prophets of today,” she said. To see and hear “artists show their faith in what they were painting, dancing or composing got me thinking differently about theology.”

A theater person helped her return to the church, and she began attending all manner of worship. “I befriended people of different faiths,” she said. Now she serves a congregation with significant Black, Latinx and Asian-American populations.

Gracious God, may we be open to your freshness and your recreative work in our midst. Repurpose us to do your work as we lived into your kingdom. Amen.