Inclusivity is a gospel issue 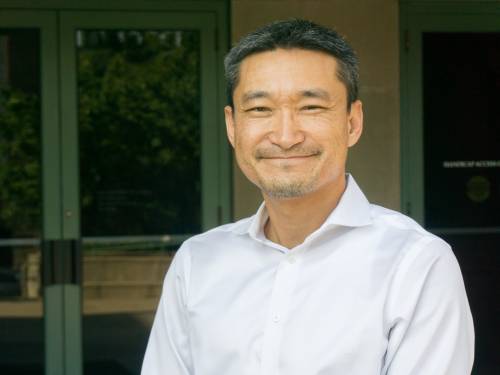 The very public way the apostle Peter is called out by Paul in Paul’s letter to the Galatians offers modern-day readers a model for confronting racism for the sake of the gospel.

The Rev. Samuel Son, the Presbyterian Church (U.S.A.)’s manager for diversity and reconciliation, makes the case in one of nine workshops offered during the recent Intercultural Transformation Workshops.

Son wrote “The Gospel and Inclusivity,” the Matthew 25 Bible study. He spoke as part of the Intercultural Transformation Workshops, which he organized.

“There are some who are confusing you and want to pervert the gospel of Christ,” Paul writes to the church in Galatia, a church he once persecuted. “As we have said before, so I now repeat, if anyone proclaims to you a gospel contrary to what you received, let that one be accursed!”

“Those are scary words,” Son said. “Why is Paul angry?” He’s angry because “he loves them and he wants then to return to the faithful gospel,” Son said.

Later, Paul faces Peter face to face: “Peter, the great pillar of the church, practicing and leading the church towards a wrong gospel,” Son said. “It was a diverse congregation. You have Christians who aren’t Jews. It was the first truly intercultural congregation.”

“We have to understand the kind of pressure Peter was under,” Son said. “He is following the letter of the law. Paul says we become God’s people because we become the people of Christ, who has done it all.”

“Paul says to stop essentializing the differences,” Son said. “Your differences cannot keep you from being God’s people. You are Abraham’s offspring as a Jew or a Greek.”

Son wondered what Paul would say if he visited PC(USA) churches today, churches that are 89% white. They were established that way for all the wrong reasons, according to Son.

Son recounted the story of the day that the Rev. Dr. Martin Luther King Jr. visited a white church in Birmingham, Alabama, to worship. He and his friends were met at the door by gun-toting deacons who told the group, “You aren’t welcome here.”

When King and his friends left, the deacons returned to worship “without recognizing the hypocrisy of their words,” Son said.

When Paul publicly told Peter that he was following the wrong gospel, “it was a prophetic call to repentance,” Son said. “This is a story of hope for us, that even Peter can follow the wrong gospel.”

White American Christianity has done many good things, Son noted, “but like Peter, it can act in contradiction to the gospel. There are lessons here to learn about addressing racism. If Peter can repent, we can, too.”

To his credit, Paul never set Peter up as the enemy, according to Son. “If I got shamed in a public space, I might tell Paul, ‘Were you one of the 12? Did Jesus ever say to you, “You are the rock?”’

Instead, Peter writes warmly about Paul in 2 Peter 3:15–16. “It’s an inspiring model to follow,” Son said. “I think we need people like Paul to call out racism, instead of, ‘Hey, Paul, shouldn’t you have done this privately?’ If Peter had stood his ground, we would be telling a different story. If some (civil rights-era) white people had said, ‘No, you’re welcome to this restaurant,’ we would be telling a different story.”

“Paul had to face Peter publicly and say, ‘This is not the gospel,’” Son said. “He wasn’t attacking Peter personally. He addressed the systemic issue, even if it came through the person of Peter.”

It’s important for white Christians just as publicly to name racism and speak against it, Son said.

“Take it as an opportunity to practice the Christian discipline of repentance,” Son said. “When we talk about intercultural transformation, what is at stake is the gospel truth. … What we need is white churches de-centering their whiteness,” becoming “a church for all people.”

Lord God, remind us that the tables we gather around are not ours but yours. Give us your eyes to see until all are shoulder to shoulder, worshiping and serving to your glory. Amen.