The Widow’s Mite has rich meaning for today’s givers 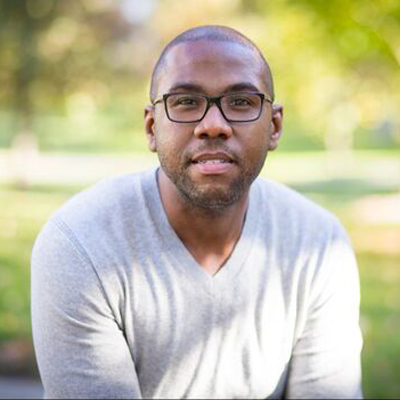 Four weeks of studying the underpinnings of systemic poverty came to an end with a look at Luke’s account of the Widow’s Mite and a scholarly examination of the burden that debt has, especially on people living in poverty.

The widow’s gift in the Temple of two copper coins, told in Luke 20:45–21:4, comes at a pivotal point in Jesus’ ministry, Johnson said. “He has come to Jerusalem. He’s now face-to-face with the leaders of the system that has turned its back on the ancient Israelite religion,” even as Jesus “understands his ministry as a return to the faith and tradition of the Torah as opposed to the Temple leadership.”

“Those who should know the law are doing the very thing the Torah frowns upon,” he said. “They devour widows’ houses! Don’t be like these religious people.”

This woman and other widows are in a precarious place, Johnson said. “They have little recourse when their husband passes,” he said. “They are regarded as property and not full humans.”

What do we make of Jesus’ words about the scribes, that they love to be greeted with respect in the marketplaces, to have the best seats in the synagogue and the place of honor at banquets?

That assessment put Johnson in mind of the prosperity gospel that’s preached by more than a few televangelists.

“It creates a distorted notion that blessings within finances are in direct relationship with one’s rightful and blessed place with God,” Johnson said. “A main thrust of the prosperity gospel is the more you give to God, the more blessed you will be.”

Johnson said he brings those who preach the prosperity gospel “to the fore because they challenge us to think more deeply about what Jesus is getting at when he asks us to think about our finances and our faith.” In fact, he said, “God is with those who the world has marginalized and forgotten.”

Dr. Elizabeth Hinson-Hasty, who presented on Sept. 21 during the first session of the four-week course, returned to talk about the effects of debt on people in poverty. She posed this question: Have you ever imagined a society free from debt?

The way we understand how debt became separated from moral and theological debate comes from 18th-century Great Britain, she said. Today we consider debt contractual and amoral. It’s a private matter. The debtor is seen as inferior to the creditor. But “these contrast with Christian teachings, which say it’s a social and moral issue,” she said. “What’s missing in our conversation is the impact of debt on people’s lives.”

U.S. household debt is expected to top $14 trillion this year, a figure that’s been driven upward by the impact of the pandemic and its higher unemployment. Those in the bottom 20% of American wage earners spend 40% of their income paying off debts. Black and Latinx Americans continue to be denied mortgages at far higher rates than whites, she said.

Look at the biblical relationship between debtors and creditors, Hinson-Hasty suggested. One example is found in Deuteronomy 15:4-5: “There will, however, be no one in need among you, because the Lord is sure to bless you in the land that the Lord your God is giving you as a possession to occupy, if only you will obey the Lord your God by diligently observing this entire commandment that I command you today.” Just before that, God calls for the remission of debts every seventh year.

Of course, Jesus teaches the disciples to pray for the forgiveness of debts just as they must forgive their debtors. “Unmet taxes and unpaid loans must be let go,” she said. “It’s a challenge to the economic structures and the vicious cycle of poverty and debts.”

Loving, creating God, we thank you for your presence in our churches. We ask your blessing for those who care for each other. Give us energy, vitality and vision to continue to be your hands and feet to a hurting world. Help us recognize the beauty of resilience and the value of each one of your churches and your children. Amen.