Three generations of mission in Brazil 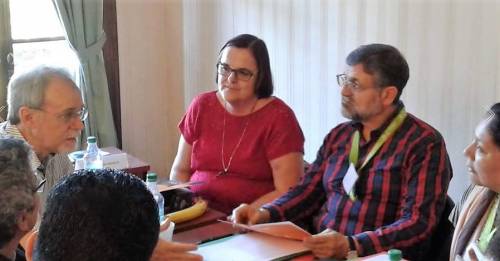 Ruling Elder Anita Sue Wright Torres was the first woman to be elected moderator of the United Presbyterian Church of Brazil. (Contributed photograph)

The daughter and granddaughter of Presbyterian missionaries said she thanks God that from its beginning in the late 1970s, the IPU has ordained women in leadership roles of deacon, teaching elder, ruling elder and moderator.

“I grew up hearing stories about my grandparents’ missionary work in the southern part of Brazil,” she said. “For them it was a time of hard work, with many horseback trips to preach the gospel and visit families in the countryside. My grandmother started a primary school in order to guarantee education for the children of the city.”

Following are some other standout memories from the self-described “MK,” for “Missionary Kid”:

Missionary kids used to be sent back to the United States to go to college and, if they felt called, theological seminary after that — “and hopefully find their own soulmate in order to marry and start their lives,” she said.

It was that way for her father, the Rev. James Nelson Wright, a Presbyterian mission worker in Brazil who secretly helped compile a book exposing human rights atrocities. He studied at the same college — College of the Ozarks — that his father had attended, and later at Princeton Theological Seminary, where he met Wright Torres’ mother, Alma Jane, who was completing a degree in Christian education.

In 1950, they came to Brazil as a missionary couple. During training at a language school, her mother was advised to drop “Alma,” which means “soul” in Portuguese. After that, she often went by “Jane.”

According to a 1999 Presbyterian News Service article, James Nelson Wright’s death elicited this appreciation from then-Stated Clerk of the Presbyterian Church (U.S.A.), the Rev. Clifton Kirkpatrick: “There’s probably no mission worker in the Presbyterian Church in this century that did more for the cause of justice than Jim. He was just a fervent advocate for social justice, in Brazil and around the world.” 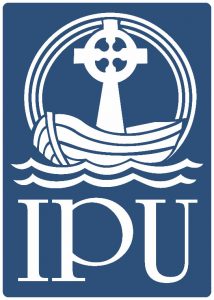 In September, the United Presbyterian Church in Brazil (IPU) celebrated 40 years of ministry.

Her father was general secretary of the United Presbyterian Church of Brazil from 1968–86. He was known for a book he helped to translate that divulged the truth about the pervasive use of torture by Brazilian military governments from 1964–79. The book, which was secretly prepared by the Archdiocese of São Paulo and first published in 1985, was titled “Brasil Nunca Mais,” or “Torture in Brazil.” Although listed officially as the book’s translator, a later published report suggested that Wright had been heavily involved in the project from its inception. The book was based on the official records of the regime itself — verbatim transcripts of military trials that were never intended to be made public.

The people who compiled the volume not only managed to keep its existence secret for more than five years — the time it took to complete the work — but also managed to keep their own identities secret after the book’s publication.

Anita recalled that when former President Jimmy Carter visited São Paulo after leaving the White House, her father rode in the same car as the Catholic Archbishop, D. Paulo Evaristo Arns. During the ride, Wright handed the archbishop a list of disappeared people, many of them kidnapped, tortured and killed by the military. The list included the name of Anita’s uncle, Paul Stuart Wright, also the child of missionaries.

She said she continues to be grateful for firm ties between Presbyterian churches on separate continents.

“The relationship with the IPU and the PC(USA) continues strong, where partnership is the key word, with opportunities and challenges, always with open dialogue,” she said. The Rev. Jose Luis Casal, director of Presbyterian World Mission, was among those present when the IPU celebrated its 40th anniversary in September 2018.

The vision of mission “has changed through history with evaluation and self-evaluation,” she said. But one feature will never change: the fact that mission workers have “no fear to change to better fulfill mission’s purpose: to serve God, the Church and the neighbor, whoever and wherever they are.”

Father, open our eyes to people you love who seem beyond our awareness. Give us compassion to include them in our lives. In the name of Jesus. Amen.