Did Jesus really descend into hell? 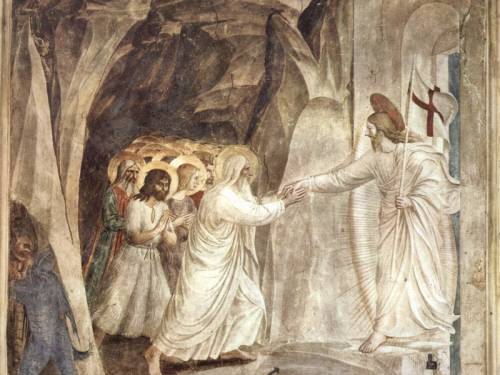 Of the 12 entries in our Book of Confessions, odds are you’re most familiar with the Apostles’ Creed. Every branch of Christianity’s family tree accepts it. It’s often recited at baptisms. But of its 110 words, four have tripped up Christians for centuries: He descended into hell.

Appearing between “crucified, dead, and buried” and “the third day he rose again,” “descended into hell” wasn’t originally part of the Creed. It was sometime around A.D. 400, in the writings of Rufinus, a monk and theologian, that the first mention of Jesus’ descent appeared. In A.D. 750, the Latin church made it an official part of the Creed.

But why add this line? It all depends on whom you ask.

Let’s start by understanding the definition of the word “hell” in Hebrew (sheol) and Greek (hades). Both translate to mean “land of the dead.” So, like Rufinus, some folks believe that this clause simply means that Jesus, being fully human and fully divine, experienced a true human death. Critics of this view, though, ask why it was necessary to include it in the Creed.

Other views, including John Calvin’s, assert that “hell” shouldn’t be understood literally. Instead, Jesus’ separation from God on the cross constitutes ultimate suffering.

Loving God, continue to challenge us to grow in faith, always remembering to be grateful for the foundation you provide. May we be ever open to learning and sharing in your work in our world. Amen.