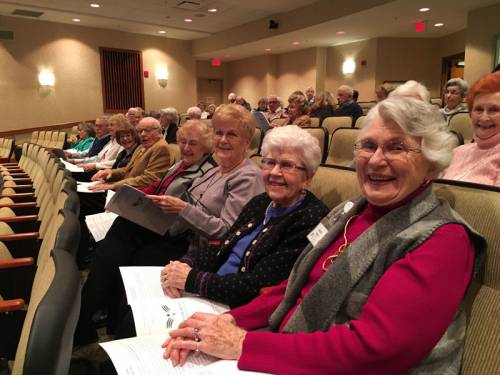 When church leaders at Westminster Presbyterian Church in West Chester, Pennsylvania, began discussing the idea to livestream its traditional Sunday morning worship service, one of the reactions was, “Why in the world would we do that?” Some members were afraid it would be an excuse for people to stay home.

Westminster’s lead pastor, the Rev. Don Lincoln, floated the idea as plans were being made to build a retirement community next to the 2,000-member congregation. However, the proposal fell through during the 2008 economic crisis.

But Lincoln couldn’t get the idea out of his mind. He felt strongly that Westminster’s traditional service, which he said included “a great choir and organ,” might be attractive to those living in retirement communities. He’d seen how both of his aging parents, who’d been incredibly active in church, had thrived with congregations that were hospitable to them.

Afterward, a church member asked him, “Don, what will it take for us to do this?”

Hearing that the church needed about $50,000 to cover some of the initial costs, including hardware, to make streaming possible, the man wrote a check to cover half the cost. He told Lincoln that he knew how much it would mean to the residents there based on his experience caring for a homebound family member short-term.

By October 2017, Westminster began streaming its worship live into the retirement community’s 200-seat theater. A few months later, Westminster members began having conversations about who and what they wanted the church to be.

While there was excitement around the streaming taking place, some in the congregation talked about wanting more young families to join the church.

According to Lincoln, the consultant Westminster was working with told members that all churches want this — but not many go after the 75- to 80-year-olds who want to sing hymns. They were to be commended, the consultant said, for tapping into a market hungry for good, traditional worship.

“That was helpful for us to hear,” Lincoln said.

Westminster is now into its third year of streaming at Maris Grove. Some 75–100 people attend the streamed service each Sunday; up to 40 are Westminster members. Others grew up Baptist, Lutheran, Methodist, Episcopalian and Catholic. As part of their worship together, they celebrate communion and take an offering.

Recently, Westminster began streaming in two other retirement communities. One tapes the services and plays it back for about 20 people Sunday afternoon. The other streams Westminster’s service once a month.

By leveraging what it has, Westminster has created opportunities for new communities worshiping together — and for members to stay involved with the congregation when they can’t come to worship.

Before Lincoln lost both of his parents over the course of the past 18 months, they lived in a retirement community in Akron, Ohio. For the two months they were without a chaplain, his father figured out how to stream the Westminster worship service live.

About 10 minutes after worship concluded during that time — his mother was in the nursing home by then — Lincoln would get a text from his father about his sermon. Each came with a poignant reflection provided by his father. Sometimes his dad would simply say, “I was praying about that, too.”

“It was lovely to have that time with my dad,” Lincoln said, “and to know what a difference it made for him to worship and pray.”

We are in awe of you, O Lord. Thank you for choosing to have a special relationship with us and for others with whom we can live in community with you. Thank you that in relationship with others, we are able to reach out more effectively in your name, be brave and face difficulties, and be reminded of your presence. Amen.