Good, yes — but God is definitely not safe 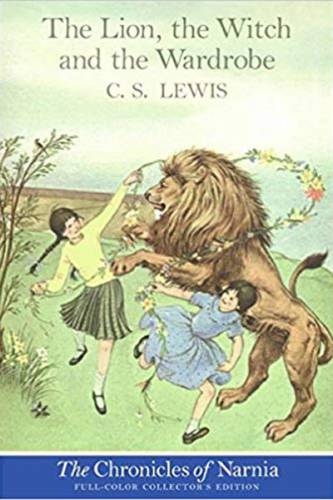 Several months ago, I purchased a used copy of “The Lion, the Witch and the Wardrobe” by C.S. Lewis. Bargain hunter that I am, I was thrilled, as it was only $3.50. It is my favorite of the “Chronicles of Narnia” series, and this version contains lovely color illustrations.

I first read the book as a child and immediately connected to the story and the characters. When reading it, I felt as if I were reconnecting with old friends. Once again, I read voraciously about the four Pevensie children — stalwart Peter, resourceful Susan, troubled Edmund and kind-hearted Lucy.

The power of Old Magic draws the children within the parallel universe of Narnia after they enter the doors of a magical wardrobe. They learn about the evil White Witch who holds Narnia in perpetual winter, and about Aslan, its creator and emancipator. Aslan is on the move to free Narnia, and the courageous Mr. Beaver explains that Aslan is a giant lion, not to be trifled with:

“Ooh” said Susan. “I’d thought he was a man. Is he quite safe? I shall feel rather nervous about meeting a lion.”

This scene came to mind when listening to passages read from Revelation a few Sundays ago. After the lectionary reader finished reading about the throne room scene in Chapter 4, my son leaned over and whispered, “What creatures was she talking about?”  I opened the pew Bible and pointed to the beginning of the chapter and watched as he read it silently.

He looked up, his eyes wide.  “Wow.  Those guys sound scary.  All those eyes and wings.”

Nevertheless, while Aslan is kind and gentle, the other creatures of Narnia — even the White Queen — fear him. Thinking she has finally won when Aslan offers his own life to her in the place of Edmund, Aslan claims the ultimate victory over death.  Winter is banished, and the hope of spring and peace returns to the land. The story draws unmistakable parallels to that of Jesus and the resurrection. It’s the first book I remember crying about while reading. 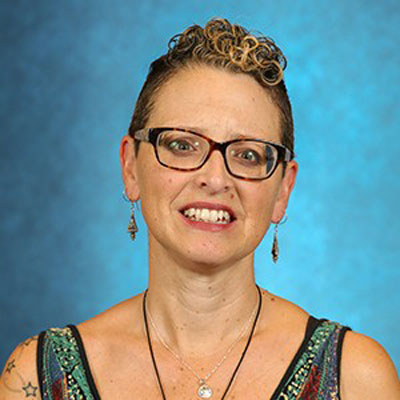 As a child in church, I knew that God was good. But the image of a giant lion who is simultaneously good and terrifying resonated with me.  On an intellectual level, I understood that Jesus died “as a ransom for many” (Mark 10:45). Reading this book reminded me why. Just as Aslan gave his life for the undeserving Edmund, Jesus traded his perfect life for our unworthy lives.

I now understand that I myself am Edmund. This realization still moves me when re-reading this book 40 years later. It is a powerful thing to see oneself in a story and to be changed by it forever.  I remain in awe of Aslan — God — and am humbled by his movement in my life.

Most of us prefer to envision God as loving and forgiving, the one who searches for the lost sheep, the one who waits with outstretched arms for his prodigal son, the one Jesus calls “Daddy” in the Lord’s Prayer. This is true. Yet, God is so utterly beyond our tiny minds’ understanding that we try reducing him to a “buddy” or a “pal.” Doing so calms our fear, but simultaneously negates God’s true nature of utter holiness and righteousness.

“God is the only comfort, He is also the supreme terror: the thing we most need and the thing we most want to hide from. He is our only possible ally, and we have made ourselves His enemies. Some people talk as if meeting the gaze of absolute goodness would be fun. They need to think again. They are still only playing with religion. Goodness is either the great safety or the great danger — according to the way you react to it. And we have reacted the wrong way.” (C. S. Lewis, “Mere Christianity”)

God is scary, and God is definitely not safe. We are wise to remind ourselves whom we serve — a loving yet terrible and mighty King, the Lion of Judah.

This piece first appeared on May 29, 2019, on the Presbyterians Today blog. The writer, Rebecca Lister, is an associate professor of music at Lebanon Valley College in Annville, Pennsylvania.

May the peace of God, which surpasses all understanding, guard our hearts and minds in Christ Jesus. Amen.