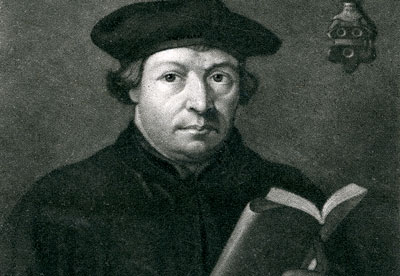 This year Presbyterians celebrate the 500th anniversary of Martin Luther’s 95 Theses. The theses, which criticized the sale of indulgences by church officials, are considered the opening salvo in the Protestant Reformation — a movement that emphasized individual relationships with God and salvation through faith alone.

Luther is also celebrated for a second piece of writing: his translation of the Bible into German. After Pope Leo X excommunicated Luther in 1521, the reformer took refuge inside Wartburg Castle. There he completed his translation of the New Testament, based on Erasmus’ 1516 Bible text. First printed in September 1522, the “September Testament” does not include Luther’s name on the title page, an omission meant to limit church reprisals.

The Old Testament translation proved more difficult, in part because of Luther’s struggles with Hebrew and his insistence that the text be accessible to all Germans. “The translator must not be led by the Hebrew words,” Luther wrote. “He should make sure that he really understands the sense and ask himself: ‘What would the German say in such-and-such an instance?’” His editorial philosophy required inventive interpolations. For example, he replaced the word “chameleon,” which would have been unknown to 16th-century Germans, with “weasel.” 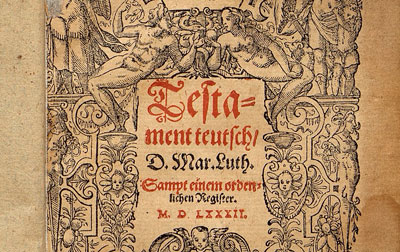 It took Luther and a team of fellow scholars 12 years to translate the Old Testament, which was printed in 1534 together with Luther’s New Testament. Despite criticism for the way he valued certain books of the Bible over others and for editing passages to fit his own theology, Luther’s Bible was an immediate and lasting success; one Wittenberg publisher alone printed 100,000 copies between 1534 and 1574. Many Germans regarded it as a work of literary genius, the way English readers would revere the King James Bible in the century to come.

God of the ages, inspire us always to deepen our faith and to listen for your voice in all we do. In Jesus’ name. Amen.