A testimony of resilience and reconciliation in South Sudan

Reconciliation is a sacred space where weary bodies are refreshed and troubled souls are soothed, where the roar of oppression is silenced and the calm of compassion resounds. The pathway to reconciliation is long and grueling with setbacks, detours and delays. Along the journey lie ambushes of criticism and alienation, yet those on the journey press on like flocks of birds surging through cold winds for warmer homes. Reconciliation is a distant place — far from the battlefields of South Sudan — yet not beyond reach. 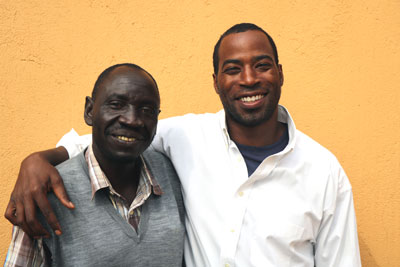 Most citizens of the war-weary nation of South Sudan yearn for change, pray for it and plead for it. They were born and raised in war and know its horrors all too well. Among those working for change is the Rev. Jacob Karaba. He was a member of the first graduating class of the RECONCILE Peace Institute (RPI), launched in 2009 by PC(USA)’s longtime partner RECONCILE International. Through RPI, he studied with a select group of peacebuilders from other conflict zones.

At RPI, participants build meaningful relationships with leaders from other ethnic groups while being led through a three-month course on peer counseling and mediation. This training is facilitated by leading peacebuilders from around the world who are on the forefront of social change in their countries. The classes are a dynamic blend of discussions, lectures, role-playing, group activities, case studies, debates and practicums. Since graduating, Jacob has used his skills in varying seasons of conflict. He has mediated disagreements among local clans, ministered to survivors of violence and pastored communities vexed by war. He credits RPI with giving him training to deal with the complexity of conflict and trauma. Seasons of turmoil may demand different responses, so peacebuilders need a host of skills and approaches to reconciliation.

Conflict is overwhelming and messy and can be all-consuming — so is peacebuilding. Consider Jacob’s story. In December 2013, civil war erupted in the capital city. Many in his town sensed tragedy on the horizon and fled to the border of South Sudan and Uganda for safety. As convoys of vehicles packed with residents raced away, Jacob chose to stay, even though danger marched toward his community. Jacob witnessed soldiers clashing in its fields, spilling blood in its streams and darkening the sky from huts set ablaze. He cared for victims, prayed for soldiers and fed those seeking refuge behind church walls. 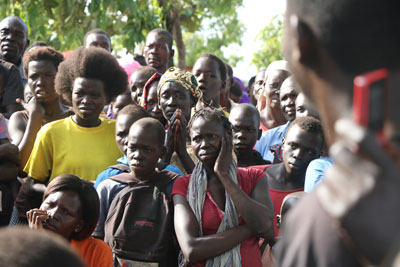 South Sudanese families gather to share their concerns with pastors about life in the refugee camps in Uganda. (Photo by Shelvis Smith-Mather)

A peace agreement was signed after thousands of lives were lost across the nation. Life then became “stable” for a time in Jacob’s town. Shops reopened and people returned from hiding, but bitterness festered deep in the hearts of neighbors because trust was compromised and grievances were ignored. Violence once again erupted in the capital and streamed into Jacob’s town in July 2016. The new outpouring of brutality exceeded previous episodes. His town became the epicenter of chaos. Militia soldiers captured adjacent towns and positioned themselves to do the same to his town. More than 70 percent of the population fled, and many of the remaining residents feared the worst. Once again, Jacob chose to stay. Businesses were looted, citizens were harassed and various sections of town were considered “no-go zones” due to the presence of soldiers.

Violence escalated and became more inhumane. Mothers were gang-raped, families were burned in their homes and infants were thrown into the river. Eventually Jacob’s home and the entire church compound were burned to the ground. His brother was gunned down, his mother fell sick and died and his own health deteriorated. The growing insecurity forced him to reassess how to best care for his neighbors. Ultimately, Jacob left with his neighbors. They walked for five days with little food or water. Corpses littered the road at times, and along the way, two women went into labor. Fortunately, both babies survived. After walking, Jacob and his wife were able to get a ride on a motorcycle, which crashed, fracturing his wife’s ribs and injuring his leg. They arrived at the refugee camp tired, injured and worn down, their lives testimonies to the terror of war.

Even though life in the refugee camp has been unimaginably difficult, Jacob is working to create a new narrative. He has been engaged in peer counseling in his camp. He also hopes to serve as a mediator among refugees as tension escalates between ethnic groups. While much is uncertain for South Sudan and its people, Jacob and peacebuilders like him are committed to ushering in reconciliation. He inquires, “Are we going back [to our country] with our anger? Are we going back to loot? Are we going back to fight? We can go back and begin a new life … and build our nation in a way that people see themselves as one brother and one sister of one Father and one nation.”

Merciful God, embrace your witnesses in Sudan and South Sudan, protecting them and giving them courage. Let your light shine through them as you make them instruments of your peace. Amen.