How the PC(USA) is fighting AIDS in Africa

Presbyterians on the front lines 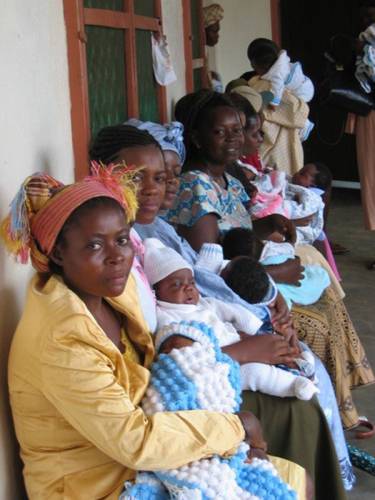 Mothers and their infant children wait outside an AIDS clinic in Cameroon. Jan Lohs

On the day PC(USA) member Francis Ntowe’s sister was buried, there were six other funerals in her small community in Cameroon.

“One of them was a pastor, and all of them had died from HIV/AIDS,” he said.

The AIDS victims included Ntowe’s sister, although some family members were convinced she was the victim of witchcraft. “My younger sister died from HIV/AIDS, which my mother doesn’t want to hear,” said Ntowe, a pharmacist in Chicago. “She believes that one of our neighbors did not like us and was the sorcerer for the death of my sister.”

Scientists have known for decades that AIDS is caused by HIV, a virus spread primarily through unprotected sex and needle sharing. But ignorance and denial contribute to the spread of the disease as well. Addressing those problems is a major way Presbyterians are working to fight an epidemic that continues to ravage a continent. Each year, there are nearly 1.5 million new infections and more than 800,000 deaths across Africa and the Middle East, according to the Joint United Nations Programme on HIV and AIDS.

Ntowe, a member of Fourth Presbyterian Church in Chicago, was moved to get involved not only because of the situation in Africa but also because his pastor asked him to help move a young Illinois AIDS patient into hospice care.

“Me being a naïve African, my first question was, ‘Does that person not have family?’” Ntowe recalled. The young man did have a family, but they had disowned him after his diagnosis. 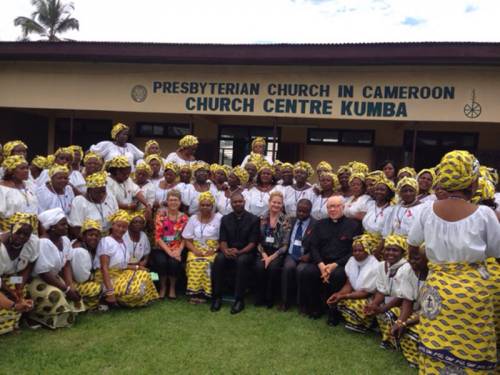 The juxtaposition of ignorance about AIDS in both his native and adopted countries prompted Ntowe to found what is now called Prevent AIDS Africa (PAA) in 2006. His goal: to bring pastors from across Cameroon together for four-day AIDS workshops. Ntowe chose to work with pastors because they are influential in their communities. “If your pastor says something about a disease, most people are going to believe that pastor before they’ll believe a doctor,” he said.

PAA conducted its first workshop in January 2007, bringing together pastors from each presbytery in the Presbyterian Church in Cameroon. Participants learned how HIV is transmitted, how AIDS is treated and how to counsel patients.

About the same time that Ntowe founded PAA, David Barstow attended a similar workshop in Zambia that was sponsored by Westlake Hills Presbyterian Church, his church in Austin, Texas. Surprisingly, the workshop used the same organizational- change techniques he’d taught as a business consultant. “I basically took that as an indicator of God giving me a suggestion that that was an area I should focus on,” he said. “EMPACT Africa grew out of that.”

EMPACT Africa — the name stems from Empowering Pastors to Act — seeks to build stigma-free faith communities in the countries it serves. 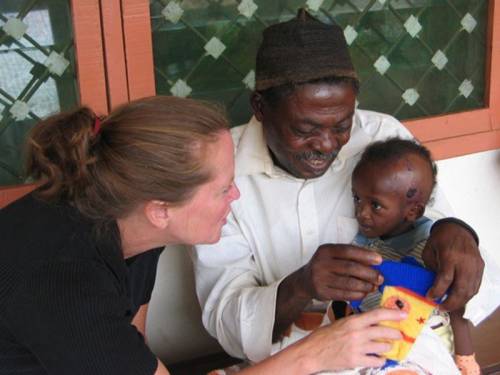 A young patient at an AIDS clinic in Cameroon. Jan Lohs

One simple step EMPACT Africa recommends for pastors and other church leaders is that they get tested for HIV/AIDS. “If everybody gets tested, then there’s no shame in the act of getting tested,” he said.

EMPACT Africa has worked with PC(USA) mission co-worker Janet Guyer to bring its training to three denominations in South Africa and one each in Zambia and Zimbabwe. Having trained pastors and many laypeople in Cameroon, PAA is ramping up efforts to expand into Lesotho, a country where 22.7 percent of the population ages 15 to 49 is HIV-positive.

From 2002 to 2013, Guyer focused exclusively on AIDS as a regional consultant. Since then, her work has expanded to focus on issues affecting women and children in countries from southern Africa to the Horn of Africa. AIDS is never far from her mind, however, since it ties in with other issues.

For example, a pervasive problem in many countries is the marriage of young girls to older men — marriages that pull girls from school and put them at risk of contracting AIDS. One program Guyer supports in Malawi, the Livingstonia Synod AIDS Programme (LISAP), is working to raise awareness of the issue and to rescue the girls involved.

“The mothers’ and fathers’ groups have been trained to be empowered to look around and see which girls in their community might be at risk and which girls might already have been sold into marriage — the term I like to use — and then to see if there are ways they might bring them back to the family and hopefully back to school,” Guyer said. LISAP has rescued more than 300 girls and helped to outlaw child marriage in Malawi.

Also, important in countries affected by the AIDS epidemic is support for widows, widowers and orphans. “We’ve tried to stay clear of the institutional response and do community-based care, helping communities or even families who are taking in these orphans so that the children have a family, have a caring group,” she said. So what can Presbyterians in the United States do about AIDS in Africa? In addition to supporting the work of mission co-workers and organizations like PAA and EMPACT Africa, Barstow says, people need to raise their voices at a time when U.S. foreign aid is at risk.

“For Presbyterians, the thing that’s most important is for us to raise awareness and to stress that the Christian thing to do isn’t to walk away from this war,” he said.

Jan Lohs, secretary of PAA, agrees. “It’s so easy in this country to say, ‘There’s just too much in the world; I can’t care about everything,’” she said. “But I think especially as Christians we can’t do that. I think we lose a part of our soul when we say those people don’t matter.”

God of life and love, open our eyes to opportunities to work together to prevent disease, seek justice, and care for the most vulnerable among us. Amen.