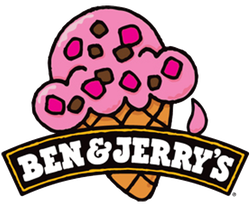 Presbyterians are celebrating another significant victory for migrant workers’ justice, as the ice cream company Ben & Jerry’s has agreed to sign on to the Milk with Dignity Program , a campaign to improve conditions for migrant workers in the dairy industry.

The legally binding contract — the first of its kind in the dairy industry — between the ice cream giant and Migrant Justice was signed Oct. 3 at Ben & Jerry’s flagship store in Burlington, Vermont.

“The program provides dairy brands such as Ben & Jerry’s with the ability to make transformational changes in their supply chains, improving labor and housing conditions through a verifiable and worker-led model,” said Brendan O’Neill, director of Migrant Justice, the Vermont-based dairy workers’ organization that developed the Milk with Dignity Program.

Ben & Jerry’s will pay participating farms a premium and require that farms uphold a farmworker-authored code of conduct to ensure fair and dignified work and housing conditions. The premium provides workers with a bonus on each paycheck and serves to offset farmers’ costs of compliance with the Milk with Dignity Code of Conduct. The farmworker-authored code sets new industry standards for wages, scheduling, health and safety, housing and other workplace conditions.

The program will be monitored and enforced by a newly created independent third party called the Milk with Dignity Standards Council.

Milk with Dignity is modeled after the internationally renowned Fair Food Program that has transformed the Florida tomato industry. Through its partnership with the Coalition of Immokalee Workers, the Presbyterian Church (U.S.A.) has been heavily involved in the Fair Food Program.

Presbyterians have also been very active at the grassroots level in the Milk with Dignity effort. The Stony Point Center and local Presbyterians from the Presbytery of Hudson River are among the many who dropped off letters to managers at Ben & Jerry’s Scoop Shops and marched and protested in person and through social media.

In June, PC(USA) General Assembly Stated Clerk the Rev. Dr. J. Herbert Nelson, II “sent a public letter to Ben & Jerry’s CEO at a critical moment in the campaign,” noted the Rev. Noelle Damico, who headed up the denomination’s Fair Food Program and who has been active in the Milk with Dignity campaign.

Nelson “highlighted the worker-driven social responsibility model, which was noted in the 2016 General Assembly policy on addressing forced labor in supply chains, due to the denomination’s long-standing work with the Coalition of Immokalee Workers,” Damico added.

God, open our hearts so we will see everyone as your beloved child. Amen.